Warren First Learns About Ethics Complaint Against Her During Debate

Sen. Elizabeth Warren (D., Mass.) claimed she was unaware of the ethics complaint against her during a U.S. Senate debate in Massachusetts Tuesday.

During the debate, Republican challenger Geoff Diehl pointed out Warren is alleged to have fundraised off Brett Kavanaugh's Supreme Court confirmation hearings, asking for donations in exchange for her vote against the nominee.

"Senator Warren was fundraising illegally using the vote on Justice Kavanaugh, the confirmation vote, to try to raise money for her campaigns," Diehl said.

Diehl was referencing a complaint sent Monday to the Senate Select Committee on Ethics. The Foundation for Accountability and Civic Trust (FACT) sent the complaint to Sens. Johnny Isakson (R., Ga.) and Chris Coons (D., Del.), the respective committee chairman and vice chairman.

It alleges Warren fundraised based off her intended vote on Kavanaugh’s confirmation to the Court. The Senate prohibits "linking a promise of official action to a solicitation of campaign contributions."

After some back and forth between the candidates, one of the moderators cut off Warren’s complaint about the president to return to the ethics complaint against her. "I would like to drill down on what Representative Diehl said. The fundraising while the vote was being taken on the Kavanaugh hearing – did you or did you not do that?"

"Actually, I don’t know," she replied.

"Yes, there’s an ethics complaint that has been filed about a fundraising email," one moderator replied.

The Senate Ethics Manual prohibits behavior that even appears to represent a conflict of interest. It forbids "as a broad prohibition against members, officers or employees deriving financial benefit, directly or indirectly, from the use of their official position." FACT’s letter notes the House Ethics Manual also prohibits "accept[ing] any contribution that the donor links to any official action that the Member or employee has taken, or is being asked to take."

The complaint alleges Warren stood "to gain considerable campaign income as well as important donor information by promising to use their official position as a Senator." FACT accused Sen. Kamala Harris (D., Calif.) of similar misconduct.

While FACT describes itself as a "non-partisan ethics watchdog group," it was formed as a counterweight to watchdog groups viewed as more left-of-center. It also shares a treasurer with the Judicial Crisis Network, which strongly supported Kavanaugh’s confirmation.

After the debate, Diehl said of the ethics complaint, "It made national news earlier in the day. I don’t know why [Warren] wouldn’t know it tonight."

Warren is comfortably leading Diehl in polls. Though she has tweeted from her campaign account since the debate, she has yet to address the allegations. 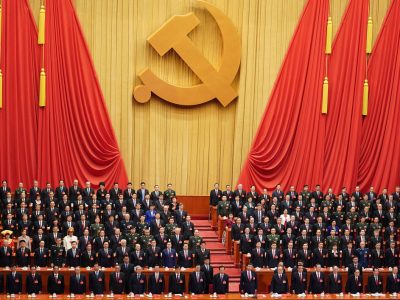