'Remember, who you vote for is private, but whether or not you vote is public record. We can't wait to see that you voted on November 6!'

Democratic candidate Scott Wallace, who is running against incumbent Republican representative Brian Fitzpatrick in Pennsylvania's toss-up 1st Congressional District, is distributing door hangers in the area that oddly inform voters that "who you vote for is private, but whether or not you vote is public record" and adding that the campaign "can't wait to see that you voted on November 6!"

The door hangers used by the Wallace campaign were posted to Twitter by Albert Eisenberg, a digital and communications professional in the Philadelphia region. Eisenberg is working with the American Unity PAC, a pro-LGBT conservative committee.

The Free Beacon reached out to Eisenberg who then provided more pictures of the door hangers. The photos sent by Eisenberg confirm that the literature was paid for by Scott Wallace for Congress, Wallace's campaign committee, as shown on the backside and bottom of the hangers. 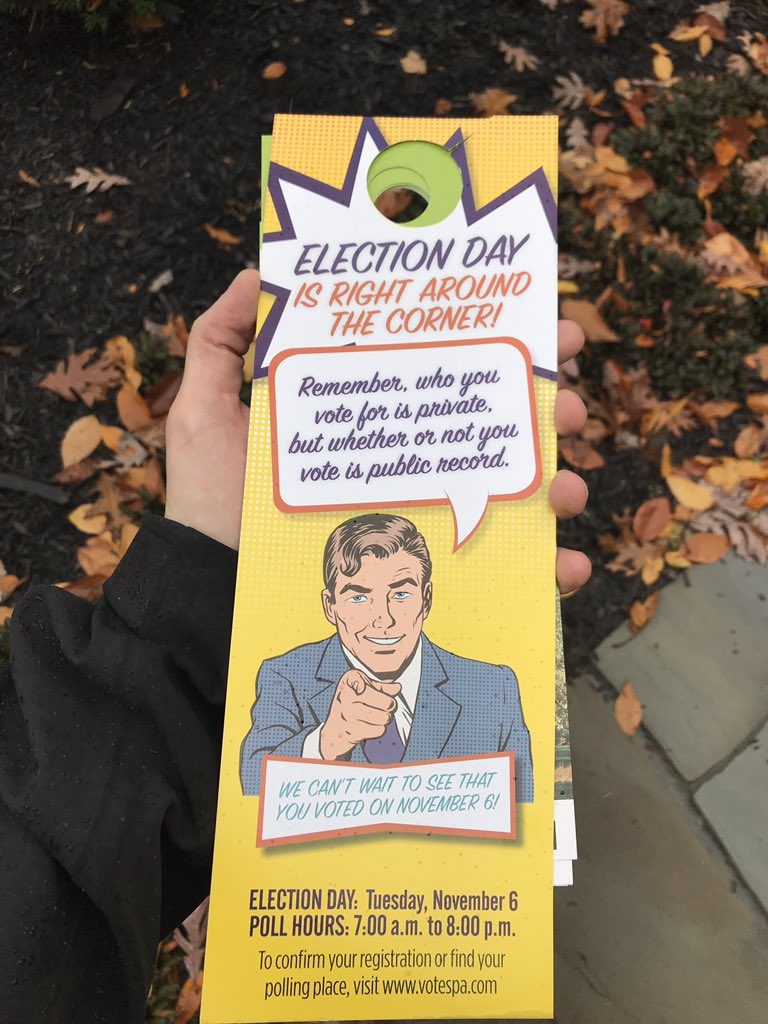 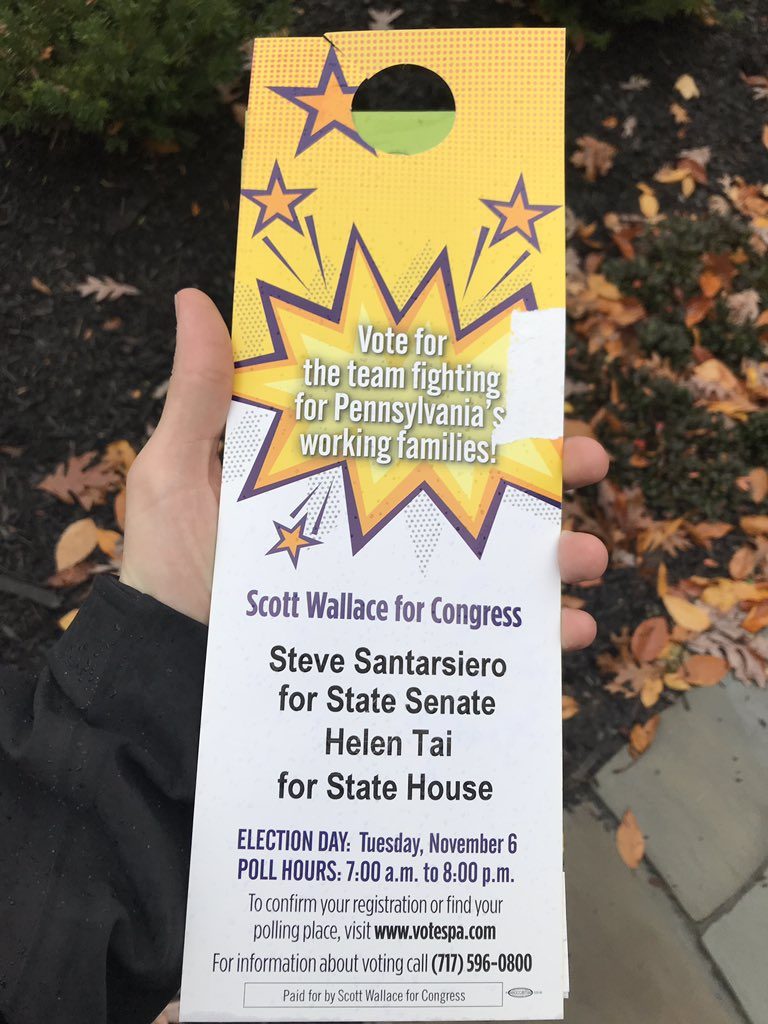 "It's creepy," Eisenberg told the Free Beacon. "There's enough pressure on normal people to participate in politics already, whether they're watching football or going shopping. Let people vote and go earn their vote, but don't insinuate that they'll face repercussions if they choose not to vote."

Wallace's campaign did not respond to a request for comment on why the door hangers note that whether individuals vote or not is public record and add that the campaign can't wait to see if they voted on Election Day by press time.

Whether individuals vote is obtainable public information. The Free Beacon previously obtained Wallace's voting history record in the district that shows Wallace did not register to vote in Bucks County, Pa.—where he is from—until Dec. 31, 2017, and did not cast his first vote in the district until May 15, the day of the Democratic primaries. Wallace moved away from the district decades ago and has maintained a home in Maryland while living in South Africa running his family foundation, the Wallace Global Fund, before moving back to challenge Fitzpatrick.

Wallace and Fitzpatrick are locked in a tight race for the district, according to the RealClearPolitics average.

The race is part of a group of contests that could decide what party controls the House of Representatives after the elections and was one of the most heated in the country. In the days leading up to the elections, however, both candidates have focused on volunteer efforts while remaining out of the spotlight.