Eleanor Holmes Norton, a Democrat representing the District of Columbia in the U.S. House of Representatives as a non-voting Delegate, awoke this morning apparently filled with regret over erratic and offensive tweets sent from her Twitter account during last night’s debate.

The Washington Free Beacon was one of the first news organizations to notice a particularly squalid Tweet sent from Del. Norton’s account, which referred to Governor Mitt Romney as having "shot his whole wad in the first debate."

The deleted tweets conveyed the delegate’s thoughts on last week’s vice presidential debate, as well as a reference to a fundraiser for President Obama’s campaign at which she spoke.

Some of the deleted tweets contained spelling and grammatical errors, including 2 tweets that misspelled the name Obama as "Oboma."

In a rambling statement to DCist, a Norton spokesman admitted that his boss was behind the grammatically incorrect, borderline vulgar tweets but claimed that she was trying to send them from a different account.

A full list of Norton’s deleted tweets is below. 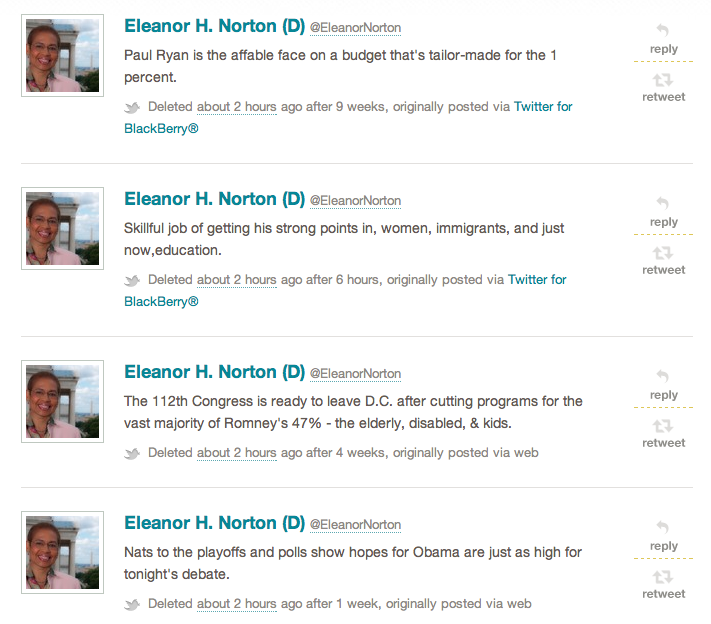 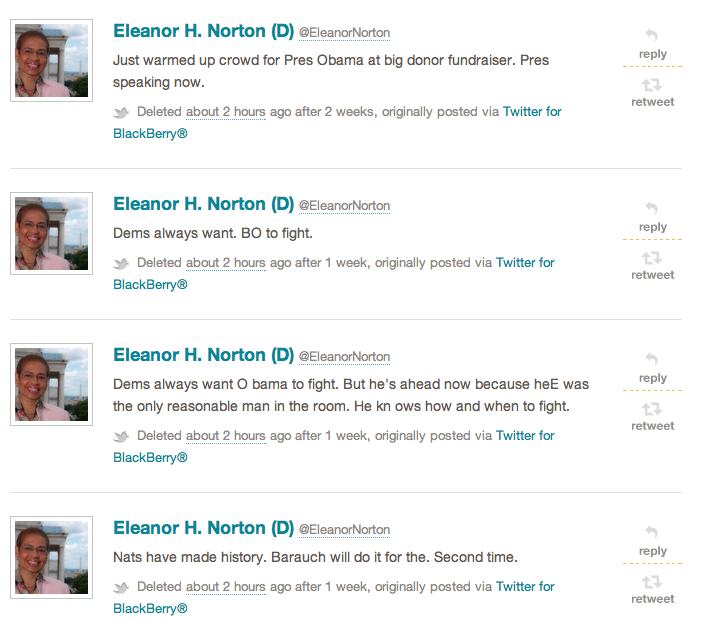 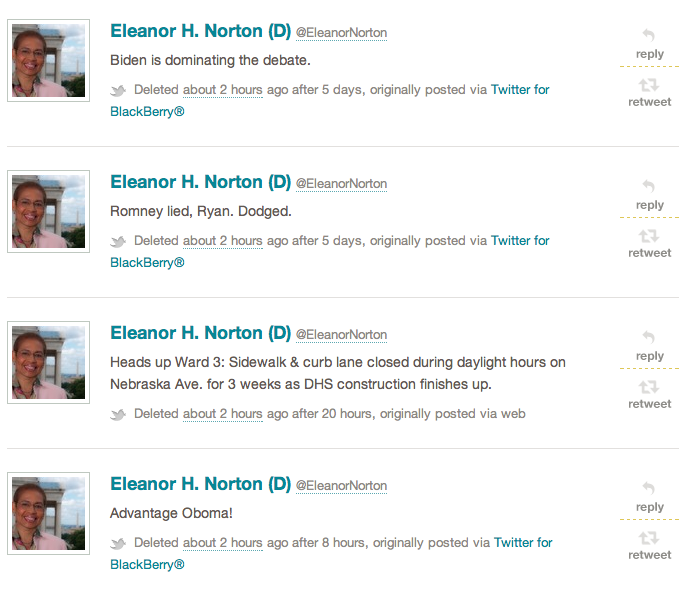 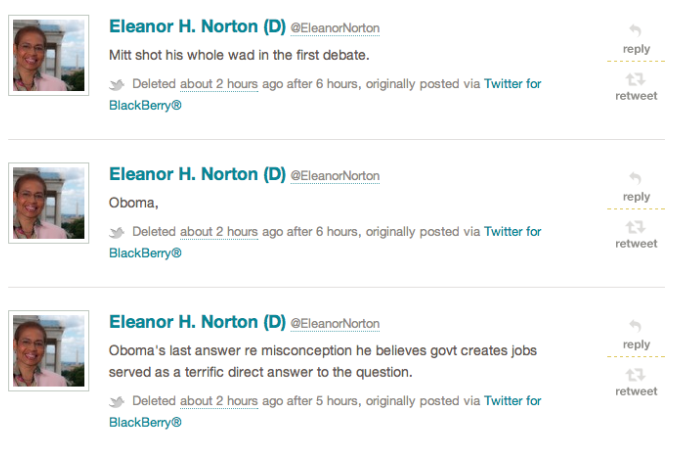