Democratic congressman Adam Schiff, the soon-to-be chairman of the House Intelligence Committee, will give an exclusive closed-door briefing to members of the liberal Democracy Alliance donors club on Friday morning.

Schiff will brief partners of the secretive dark money group as part of its annual fall meeting, which this year is taking place just blocks from the White House in downtown Washington, D.C. The briefing, like the rest of the events at the secretive three day conference, is closed to the press, and open to only Democracy Alliance partners, who are each obligated to give at least $200,000 a year to approved liberal groups, according to a copy of the conference agenda obtained by the Washington Free Beacon. 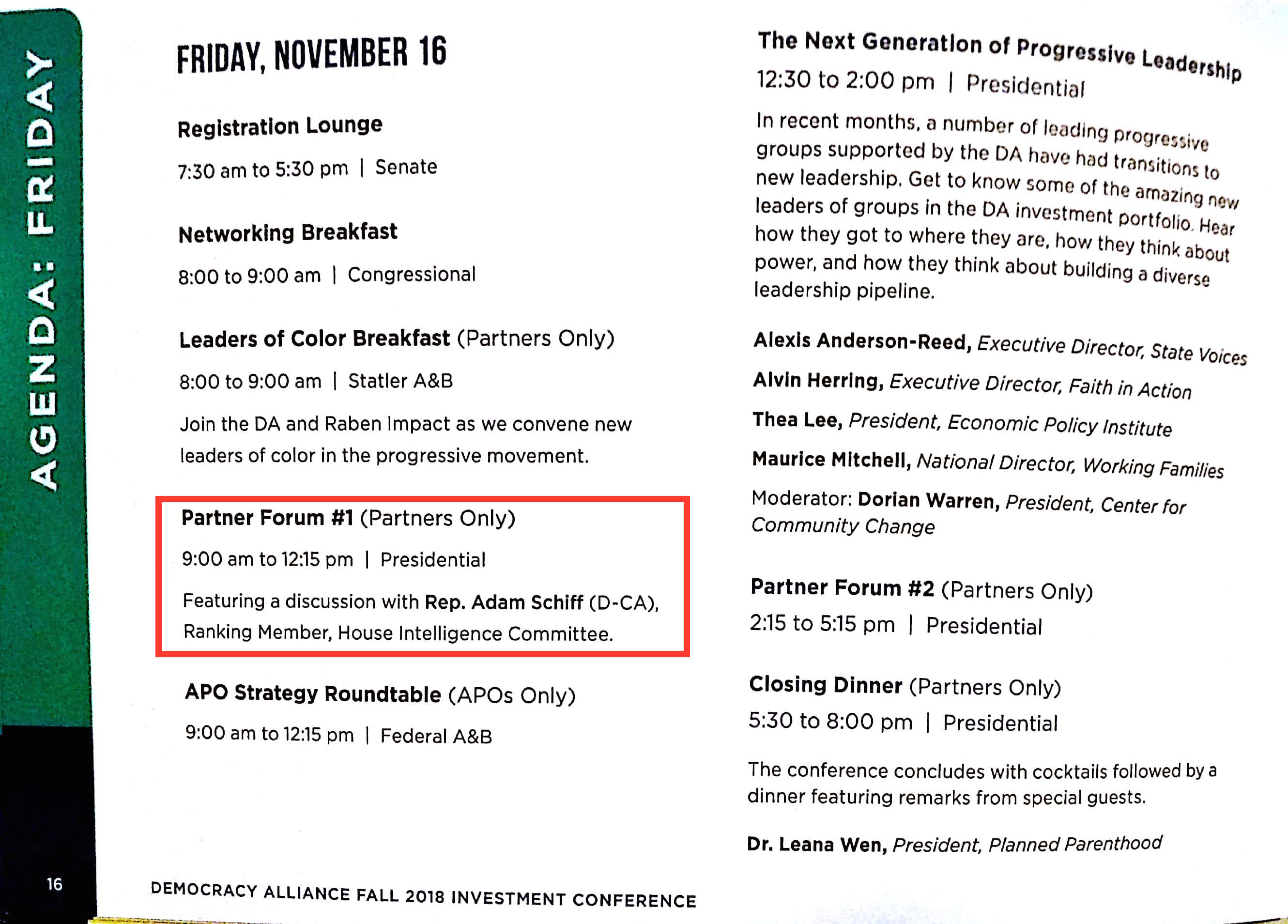 Schiff has gained prominence in the last two years as the top Democratic voice in Congress on the investigation into Russian interference in the 2016 election. He immediately became a mainstay on television, racking up more than a hundred interviews in just a few months.

His profile will now continue to grow with Democrats taking over the majority, thrusting him to the chairmanship of the Intelligence Committee. The New Yorker on Thursday wrote that Schiff will now become special counsel Robert Mueller's "new wingman on Capitol Hill."

Schiff's office did not respond to inquiries into what he will share with the Democracy Alliance during the closed door session and whether anything regarding the Russia investigation was out of bounds.

The Democracy Alliance conference is attended by both wealthy liberal donors and representatives of liberal groups hoping to be on the receiving end of their money. Only the donors are invited to attend the three-hour Friday morning session with Schiff.

Known partners of the Democracy Alliance include high profile liberal financiers such as George Soros and Tom Steyer, but it is unknown whether either will be in attendance. The exact number of partners and their identities are kept secret by the group.

All "programming at the conference is off the record," according to the agenda. Attendees are told to "respect the privacy of others in attendance and not share individuals' names or details of the conference."