"Now the Green New Deal is a very, very ambitious, over-the-top idea to try and solve this problem, but we really need something to shock people out of their torpor, to say we have to do something different than what we've been doing," he said. "While some of the ideas seem extraordinary, almost fantasyland, we need to have that type of aggressive ambition to really address something that's been ignored for much too long."

The New York Democrat was responding to Sen. Mike Lee’s (R., Utah) statement on the Senate floor that healthy families would lead to innovations to create a sustainable future, which host Brianna Keilar said was a "parody." Suozzi said his approach to climate change is "practical."

"We have to recognize that there is something dramatic where our Earth cannot respond the way it historically has to the all the human impact that’s happening," he said. "It just can't take it anymore."

"We need Democrats and Republicans to actually work together to solve this problem," he added.

Supporters of the Green New Deal say climate models indicate we have no more than 12 years to reverse crucial trends, but Suozzi also said they’ve known what the problem is for decades.

"I remember this issue being talked about in the late '80s and early 90s, so we’ve got to finally wake up and face the fact that our air, our land, our water—it’s all impacted and we have to do something about it once and for all," he said.

A cloture vote for the Green New Deal resolution went down in the Senate with zero votes in favor Tuesday, which Democrats decried as a "show vote." Democrats lambasted Senate Majority Leader Mitch McConnell (R., Ky.) for bringing the resolution to the floor, despite many of them enthusiastically expressing prior support for it.

A Washington Free Beacon report on the Green New Deal examined research done by the American Enterprise Institute's Benjamin Zycher, who found the massively expensive plan would have little impact even if it were somehow implemented:

In a review of the available evidence, Zycher concluded that net-zero emissions by 2050—a state goal of the resolution voted down on Tuesday—would lead to a "barely distinguishable" decrease in overall temperature.

To achieve this goal, Zycher found, would cost at least nine trillion dollars a year, as well as the seizure of over 115 million acres of land—an area larger than California—to build the bill's required smart grid. 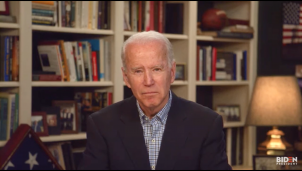 Biden: Green New Deal Could Come in Next Round of Coronavirus Relief 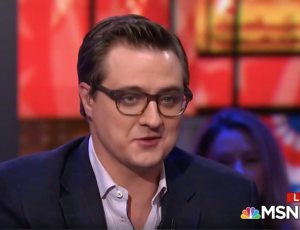 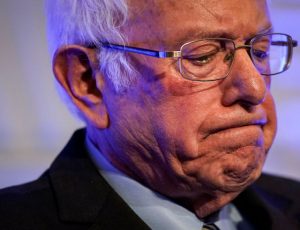