Scott Wallace, the Democratic candidate running in Pennsylvania's 1st Congressional District, has hundreds of thousands of dollars invested in companies that produce opioids, including manufacturers that have been sued over the epidemic in the district he is seeking to represent, his financial disclosure forms show.

Wallace, a wealthy progressive philanthropist challenging first-term Republican Rep. Brian Fitzpatrick, is running in an area where hundreds of people have died from overdoses in recent years.

Nearly 170 people died from opioid overdoses in Bucks County in 2016, while Montgomery County, which is partially inside the 1st district, saw 230 deaths. Opioids are such a dire problem in the area that the Bucks County Courier Times, a local newspaper, has an "opioid crisis" section on its website.

In regards to the crisis, Wallace boasts of having a career of "breaking the cycle" in the opioids section of his campaign's website.

"My career has been devoted to breaking the cycle," the campaign's site states. "Every prosecutor, every judge, every public defender knows that every unaddressed problem of addiction, mental illness, homelessness, or PTSD is an invitation to more recidivism."

"I served years on the board of the National Association of Drug Court Professionals, where judges, prosecutors and public defenders came together to make sure that criminal-case outcomes were focused on addiction and recidivism prevention," the campaign site continues. "And I've worked on numerous projects for the U.S. Department of Justice exploring ways that judges, prosecutors, and public defenders can collaborate on constructive crime-prevention case resolutions."

Wallace has significant holdings in pharmaceutical companies that produce opioids despite the rhetoric on his campaign's website.

Wallace reports between $250,000 and $500,000 of investments with the medical and pharmaceutical company Johnson & Johnson on his financial disclosure forms.

Johnson & Johnson and its Janssen Pharmaceuticals subsidiary were named as defendants on a May lawsuit filed in the Court of Common Pleas of Bucks County, Pa., against opioid manufacturers seeking to recover damages for "devastating" human and financial losses from the epidemic in the region.

The lawsuit alleges that the companies schemed "to boost sales for their prescription opioid products by upending medical orthodoxy and popular belief regarding the safety and efficacy of long-term opiate use," and added that the defendants "accomplished this reversal by falsely promoting their highly dangerous products for the use of chronic pain and knowingly, recklessly and negligently, and with wanton disregard for the public health, denying or trivializing the risk of addiction."

Wallace has between $1,000 and $15,000 parked in investments for Teva Pharmaceuticals, a pharmaceutical company based in Israel, which is also listed on the lawsuit from Bucks County.

Wallace was born in Bucks County but spent years away from the area running his family's foundation, the Wallace Global Fund, from the Washington, D.C., area and South Africa. As recently as 2017, Wallace was participating in tennis tournaments at the Kelvin Grove Club, a Cape Town, South Africa, luxury sports and social club, online records show.

The Democratic candidate has come under fire for donations made from the fund to left-wing radical organizations, including hundreds of thousands that have gone to groups that promote the boycott, divestment, and sanctions (BDS) campaigns against Israel with millions more going to groups that advocate taxing families for "irresponsible breeding."

Wallace told the Wall Street Journal that he last voted in Bucks County in 1978.

However, the Washington Free Beacon previously obtained Wallace's voting record, which shows that he did not even register to vote in the county until Dec. 31, 2017, and cast his first vote until May 15, the day of his Democratic primary.

Wallace's campaign did not return a request for comment on the investments with the companies. 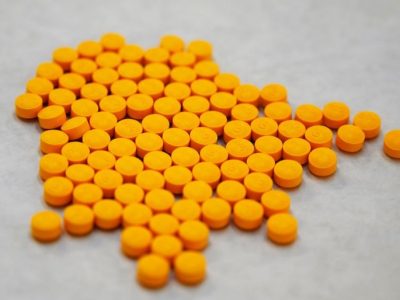