A federal judge denied the Sierra Club’s request for a temporary injunction to halt construction of the lower half of the Keystone XL Pipeline Sunday.

The environmental advocacy group recently filed a lawsuit to halt construction of the lower leg of the TransCanada corporation’s contested Keystone XL oil pipeline, the whole of which would run from Canada to the Gulf of Mexico, traversing eight states along the way.

"While acknowledging the limited time it had to consider this complex case, the court is satisfied that plaintiffs have failed to show that this project will have more than a minimal impact on the environment," the judge in the case ruled.

The Sierra Club filed the lawsuit against the Army Corps of Engineers, claiming it failed to hold required hearings regarding more than a thousand water crossings along the proposed 485-mile crude oil pipeline that would run from Cushing, OK, to Port Arthur, TX.

"Every dollar spent by Sierra Club on this lawsuit is another roadblock to the creation of tens of thousands of jobs in our country and the building of an independent, energy infrastructure," Landry said in a statement to the Free Beacon. "And every minute that passes in delaying this project puts foreign countries like China closer to capitalizing on North American energy resources. The delays need to end and the construction needs to start!"

Environmentalists have been trying to shut down the pipeline through protests and litigation for more than a year, claiming it will be an ecological disaster waiting to happen, but Republicans, the oil and gas industry, and even some major unions have supported the project, saying it will create tens of thousands of jobs and lessen U.S. dependence on foreign oil.

A March Gallup poll found 57 percent of voters favored government approval of the project, while only 29 percent said they were opposed. The poll also found a plurality of voters from both major political parties supported the pipeline project.

"Every level of the Keystone project is a great symbol of how messed up everything in this administration is," an oil and gas industry insider told the Free Beacon.

Caught between environmentalists and a floundering economy, the Obama administration attempted to split the difference, deferring on the whole project while expediting construction of the southern leg. The decision pleased neither side of the debate.

The Sierra Club has staunchly and consistently opposed increased fossil fuel production. Last week it released a report charging that oil and gas industry contributions to members of Congress—the majority of which went toward Republicans in the last election cycle—coincide with an ongoing assault on clean energy.

However, the report notes: "This account neither covers every piece of this puzzle, nor claims to have found a smoking gun of public corruption. But we hope that it will help an interested public evaluate the current debate over clean energy."

One piece of the puzzle the Sierra Club neglected to include: its ties to the natural gas industry, which would benefit from regulations limiting oil and coal extraction.

The Sierra Club revealed in February that it had received more than $26 million from Chesapeake Energy, the second largest natural gas producer in the country, between 2007 and 2010 to fund the environmental group’s campaign against coal-fired power plants.

"It just shows the Sierra Club’s agenda," the industry insider said. "They try and project themselves as intellectually pure, but they took the money from Chesapeake."

Chesapeake is under a serious cash-crunch after its market value plummeted following decreases in natural gas prices, as well as two federal probes involving its CEO, Aubrey McClendon.

Meanwhile, the Sierra Club and its associates took to smearing the pipeline project by attempting to tie it to the Koch brothers—a connection Koch Industries has vigorously denied, saying it has no connection to the project, and has not taken a position on it.

Environmental activist Bill McKibben penned a fundraising letter in February claiming the pipeline project was "backed" by the Koch brothers. The Los Angeles Times was forced to run a correction after McKibben made a similar statement in its opinion pages. California Democratic Rep. Henry Waxman repeated the claim in Congress.

The Sierra Club did not respond to a request for comment. 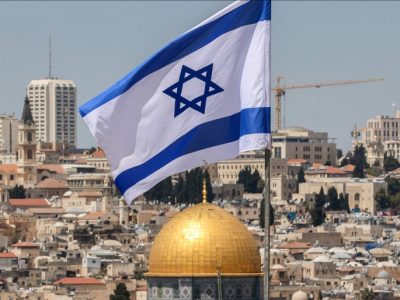 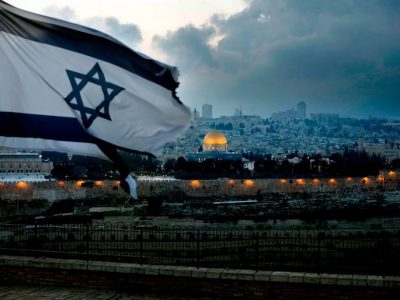 Environmentalists Give in to Anti-Semitic Pressure Campaign, Cancel Israel Trip