The former Republican vice presidential candidate sent out a tweet referring to "14 words" from President Donald Trump's Thursday speech in Poland, and linking to a piece from a site called the Young Conservatives.

But "14 Words" is also the name Neo-Nazis give to their creed: "We must secure the existence of our people and a future for white children."

Liberals on Twitter accused Palin of "dog-whistling," and intentionally invoking the Nazi slogan.

Very clever Sarah. Totally slipped that one by us Sarah. Nobody will notice Sarah. WINK WINK.

oh by the way you still have your hood on

"14 words" doesn't appear anywhere in the link, and if you don't already know the significance, see https://t.co/S4fvmSMEcP https://t.co/o8IIYxStw1

Mainstream GOP with white supremacism is not even being hidden any more. https://t.co/YNtnrB78br

This isn't a racist dogwhistle, this is a racist airhorn. https://t.co/6OgNDr4AFG

Many critics noted that the headline of the YoungCons piece ("While Overseas Trump Hails Populist Poland, Declares West Must ‘Defend Civilization’ and ‘Faith’") was different from the one Palin tweeted. They reasoned that Palin must have created the supposed Nazi slogan herself.

But when one goes to post the story on Facebook, it automatically generates the headline Palin used. As a result, Palin wouldn't have even seen the "14 Words" until she shared it. 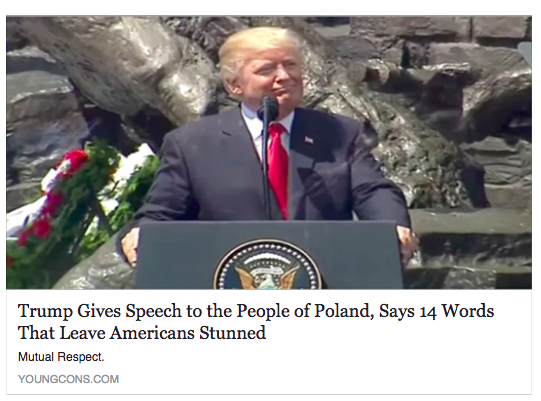 It's also highly unlikely that Young Conservatives intentionally posted a Nazi slogan. The site regularly uses clickbait headlines that tease that a politician said "X words," and the Palin story followed that format to a tee.

Joy Behar Calls Juanita Broaddrick a "Tramp", She Responds With 4 Words That SILENCE her… https://t.co/d1bHLJWUeN pic.twitter.com/apYzcAVjz4

Loretta Lynch Sends 9 Words to Rioters in Charlotte, It Will CHURN Your Stomach https://t.co/Cs9WvTCY2k pic.twitter.com/DvhLIojJQU

Notably, the YoungConservative pointed out in 2016 that "Obama Gives Final Speech on Terrorism, Says 14 Words That Leave America Speechless."

After the Daily Beast wrote a story on the controversy, YoungCons CEO Josh Riddle wrote to say that the "14 words" in the social media headline was supposed to be: "Let us all fight like the Poles. For family, freedom, for country, for God."

"About 2 minutes of research would have revealed how there is a long history of our site (and countless others) using word counts in social media headlines," Riddle told the Beast. "To jump to the conclusion in your article is slanderous, dishonest, lazy, and very unprofessional and harmful to our business." 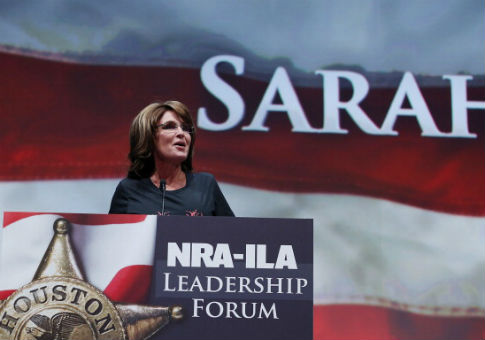 Palin: People Don’t Sexually Harass Me Because They ‘Know That I’m Probably Packing’ 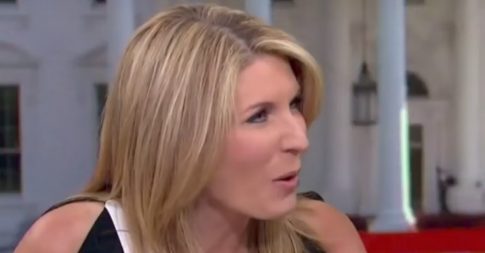 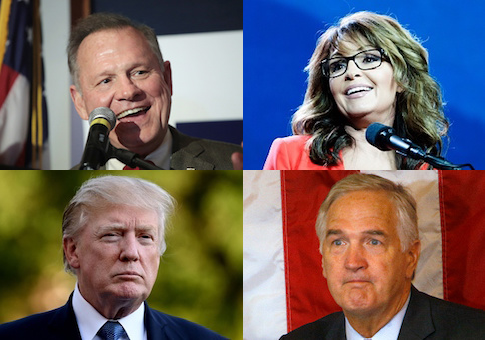 The First Primary in the Party of Trump 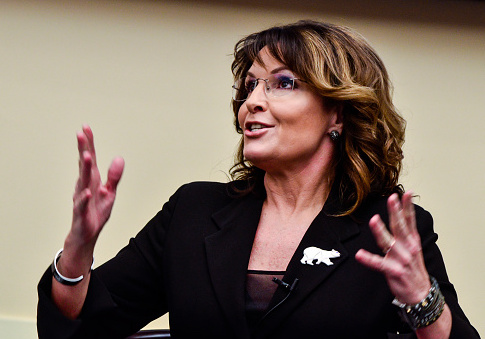 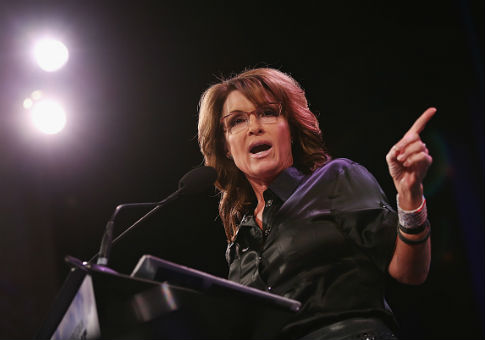