Four limited liability companies created in June and August of this year are behind a swath of Facebook political ads—mainly attacking Republican politicians and their donors, but also sometimes boosting Democrats.

Some of the ads have gone far beyond mainstream political ads, with sexual themes not usually seen.

For example, a promoted ad which ran this week on a now-removed Facebook page called "The Keg Bros" promoted Hawaii Democrat Representative Tulsi Gabbard, saying, "America's voted, and she's the hottest member of Congress on either side of the aisle."

Three of the four companies paying for the promotion of the ads are registered in Denver, and trace back to a Democratic law firm in Colorado, Tierney Lawrence, according to the Daily Beast's Lachlan Markay, who first reported the story. The fourth company lists a P.O. Box in Brooklyn, and the individual listed as the registered agent on all four companies refused to talk to Markay when contacted for comment.

"It's a sweeping social-media strategy, and one that appears designed to conceal the identities and motives of the people behind it—at least from the Facebook users viewing their ads," Markay writes in his emailed report Pay Dirt. "Facebook's new ad-disclosure tool has provided valuable new insights into the individual organizations paying for ads on its platform, but obtaining information about the sponsors themselves remains difficult."

The analysis of the ad strategy shows Tierney Lawrence has paid for promoted ads on at least 42 different pages "all created since July, targeted to various demographics, in efforts [to] undercut Republican political and policy efforts."

Another one of the ads takes aim at high-profile Republican Donor Rebekah Mercer.

"Her only job was making sex cookies with names like ‘Creamy Seduction.'" the ad text says over the video. "But then, she decided she'd rather seduce Republicans," it continued, over a photo of White House adviser Kellyanne Conway and former Trump strategist Steve Bannon.

Facebook has created new tools to allow users to sort through an archive of political ad content, a move the social-media giant made in response to the way the company's platform was abused in the 2016 election. In subsequent congressional investigations, it was revealed Russian operatives tried to use Facebook to sow division between Americans in the run up to the 2016 election, often creating events and promoting them to people on both sides of an issue hoping to create protests as well as counter-protests.

But the ad-search tool is proving to also be a way for journalists to track political campaigns in a way they previously could not.

For example, earlier this year, the Washington Free Beacon noted that the Democratic candidate for governor in Texas had not run a single promoted Facebook ad, which raised questions about how viable the campaign was. 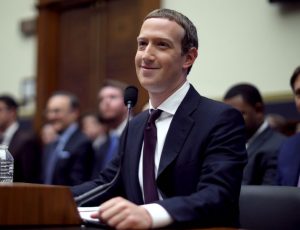 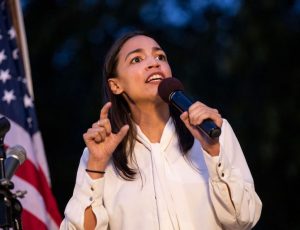