Sen. Bob Menendez (D., N.J.) is under criminal investigation by the FBI and Justice Department for his involvement with fugitive Ecuadorian banker brothers William and Roberto Isaias, NBC-NY reported Thursday.

The brothers have been fugitives for more than a decade and were sentenced in absentia for embezzlement, and their family members have given considerable donations to Menendez and the Democratic Party. Federal officials are questioning whether Menendez broke the law in helping the brothers stay in the U.S., with multiple officials saying Menendez wrote letters and made phone calls to the Department of Homeland Security and the State Department on their behalf.

One example was an April 2, 2012 letter wrote to a high-ranking DHS official urging he give the matter an expedited review, asking for full consideration to be given to the Isaias brothers as they fought against extradition and maintained their innocence.

"I think most people would know and believe it would be appropriate to keep your distance from individuals convicted of crimes in their homeland," he said.

According to Dienst, investigators want to know whether Menendez attempted to influence immigration officials in 2012 in exchange for campaign donations. While Roberto Isaias said, as a non-resident, he can't make donations to a U.S. campaign, federal election records show relatives of the brothers donated more than $10,000 to his successful 2012 re-election campaign to the Senate, and they donated at least $100,000 to the Democratic Party that year.

"If the government, when they look at this, can establish that in exchange for donations from citizens not of  this country, of gifts, that the senator took official action to benefit them, now we're talking something potentially illegal," said former federal prosecutor Scott Fredericksen.

There has also been a federal probe into Menendez's dealings with Floridian shady mega-donor Dr. Salomon Melgen, a huge giver to Menendez and the Democratic Party as well. Federal investigators have raided Melgen's office while looking into potential charges of Medicare fraud and political corruption. Menendez was investigated for, among other matters, a quid-pro-quo with Melgen, advocating on behalf of a huge contract for a company Melgen bought providing border security in the Dominican Republic.

He also took multiple trips on Melgen's private jet and didn't disclose them. 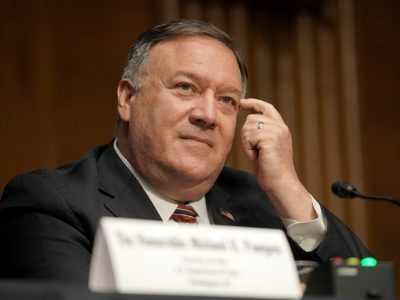