A CBS snap poll of Democrats found the most common feeling after the debate was 'nervous.'

Democratic voters were twice as likely to say Tuesday's presidential debate made them nervous about the current slate of candidates as to say it inspired them, according to a CBS poll.

Asked how the debate made them "feel about the group of Democratic candidates that you have to choose from," 47 percent of Democratic respondents told CBS News they felt "nervous." The next most common answer was "optimistic" at 42 percent, while "inspired" and "excited" came in a distant third at 25 percent.

The Democratic voters reported their dissatisfaction after a debate that CNN called "messy, chaotic, and embarrassing" and the Trump campaign called a "hot mess." With the Super Tuesday primaries approaching and the Democratic establishment failing to slow socialist Vermont senator Bernie Sanders's rise as the frontrunner, the Charleston debate devolved into candidates shouting over one another and slinging mud.

Viewers of the 10th debate noted an uptick in confrontation on the debate stage. Two-thirds of polled Democrats said the candidates spent more time attacking one another than making their respective cases for the nomination. Asked what the most memorable event of the night was, respondents pointed to Minnesota senator Amy Klobuchar saying, "If we spend the next four months tearing our party apart, we're going to watch Donald Trump spend the next four years tearing our country apart."

The CBS poll found that despite relentless attacks from the other candidates, Democratic viewers most approved of Sanders's performance, with 45 percent saying the frontrunner impressed them during the debate. The next most impressive candidates according to respondents were former vice president Joe Biden (43 percent), Massachusetts senator Elizabeth Warren (40 percent), and former South Bend mayor Pete Buttigieg (38 percent).

The South Carolina primary is scheduled for Saturday. 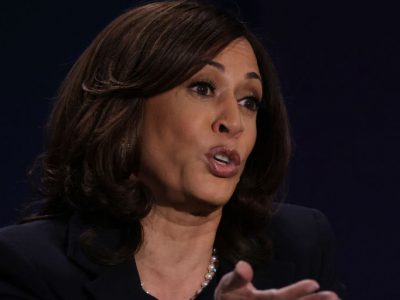