Host Chuck Todd asked O'Rourke if he had any sympathy towards the current administration which says the system is being overwhelmed.

"My empathy and my sympathy is with the families who have had to flee the deadliest countries on the face of the planet, who are met with the greatest cruelty and inhumanity in this country's history. We have the capacity to be able to take care of those families," O'Rourke said.

"Can the city of El Paso keep handling more and more migrants coming over the border?" Todd asked.

"This country, the United States of America, absolutely can do this. We had 400,000 apprehensions last year, Chuck. In the second year of the George W. Bush administration there were 1.6 million apprehensions on the U.S.-Mexico border. If we treat people with the humanity they deserve, if we release them from detention into a family case-management program to ensure they follow our laws at a fraction of cost, to improve our security and ensure that the asylum laws on the books are followed by this country, we will be safer, more secure, and we will be living our values," O'Rourke responded.

The border has witnessed an increase in families and unaccompanied children trying to cross the border. Drug seizures at the border have also increased over the past decade. 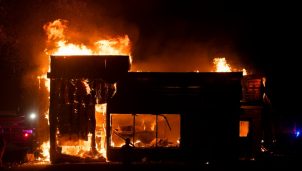