"When it came to cutting your taxes, Joe voted no," Pence says in comments used in the ad. "Joe voted no to give working families more of your hard earned money. Joe voted no on tax cuts for job creators, and for expanding the child tax credit, giving you your first $24,000 in income tax free."

"When the time came to repeal and replace the disaster of Obamacare, Joe voted no. When we empowered West Virginia to defund Planned Parenthood, Joe voted no. And when it comes to that wall that we're going to build on the southern border, Joe said, ‘I'm not voting for the wall either.'"

"That might make Chuck Schumer and Nancy Pelosi pretty happy, but West Virginia needs to let him know you expect better from Joe."

Manchin said he was "shocked" and "disappointed" with Pence.

"The vice president's comments are exactly why Washington sucks," Manchin said. "I’m disappointed in his comments but will continue to work to make Washington work so West Virginia and our country work."

Pence's comments followed made by President Donald Trump calling Manchin all talk when it comes to bipartisanship.

"Joe Manchin talks, but he doesn’t do anything," Trump told the New York Times.

"Hey, let’s get together, let’s do bipartisan," Trump said impersonating Manchin. "I say, ‘Good, let’s go.’ Then you don’t hear from him again." 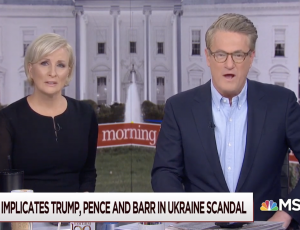