The group announced in a fundraising email that it would be expanding operations in 2018 with new offices in Tennessee, Georgia, Iowa, New Hampshire, and Nevada, also likely to be an early primary state in the 2020 nominating process.

Kander, who has invited speculation on his presidential ambitions with visits to Iowa and New Hampshire, says his reasons for opening operations in the state have only to do with voter suppression efforts in the targeted states.

"In New Hampshire, Iowa and Georgia, politicians have created new barriers to the ballot box and we think there should be political consequences for eroding voting rights," Kander wrote in an email asking for donations to fund the new offices. "In Nevada, we have a major opportunity to make progress in 2018 by electing more pro-voting legislators."

Kander has been to New Hampshire twice already this summer and is slated to return on Monday for the Amherst Democrats Labor Day Barbecue.

Kander's announcement comes just hours after another Democratic presidential hopeful, California senator Kamala Harris, flanked him from the left by coming out in support of single-payer health care, which won her praise from Sen. Bernie Sanders (I., Vt.).

Kander announced he was for single-payer—a major shift from where he was on health care last year—earlier this month at the liberal Netroots Nation conference.

Kander, who announced his first trip to Iowa less than a month after losing the Missouri Senate race, has used Let America Vote to become involved in elections getting significant national attention, such as Georgia's sixth district special election and the Virginia gubernatorial race, for which the group says it has knocked on 130,000 doors. 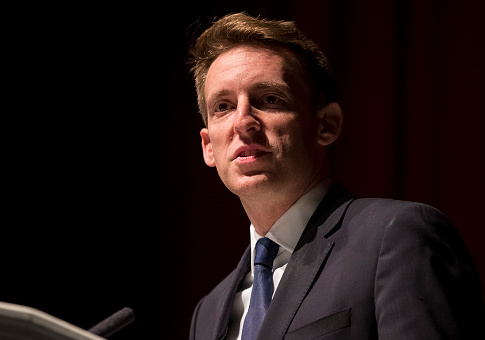 With Eye on 2020, Jason Kander Gets Behind Single-Payer