Apparent Hillary Clinton supporter Casey Anthony, who was once accused of murdering her child but later acquitted, continues to insist she had nothing to do with her young daughter's death in a new interview with the Associated Press.

"I'm still not even certain as I stand here today about what happened," Anthony said.

In a still image from the 24-second mark of the video accompanying the story, a Clinton sticker can be seen in what appears to be Anthony's office. 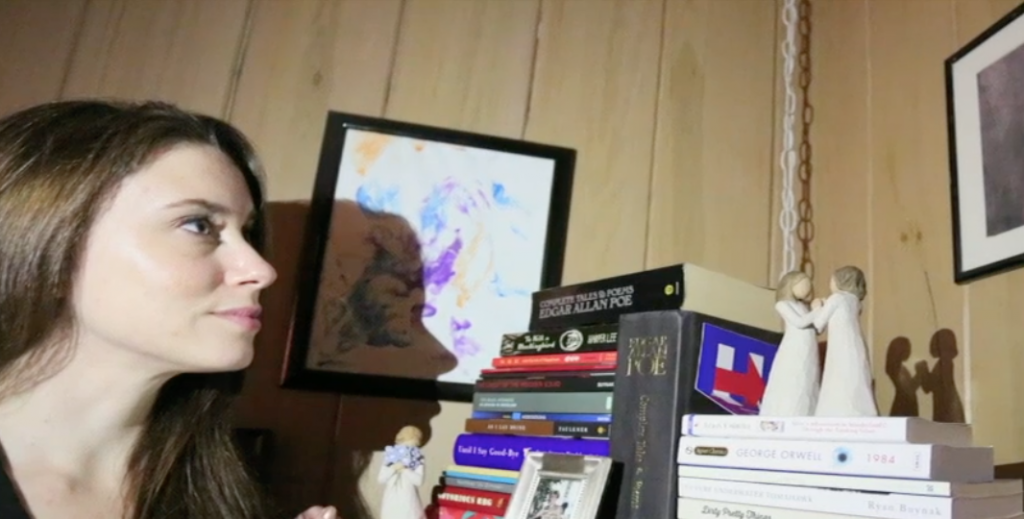 The AP noted that its reporter met with Anthony while she was protesting President Trump at a rally in Palm Beach, Florida. Anthony now lives with the private investigator who assisted her defense.

Anthony also was spotted at an anti-Trump march last month near the president's Mar-a-Lago resort in Florida.

Anthony was acquitted of first-degree murder in 2011 in the death of her two-year-old daughter Caylee, who went missing for months in 2008 and whose skeletal remains were later found buried near her grandparents' home in Orlando, Florida.

Anthony, in one of a series of fabrications, initially claimed a babysitter had disappeared with Caylee, but she later admitted she made that story up. She also was seen partying and getting a tattoo meaning "good life" in the period when her daughter was missing.

Anthony's odd behavior, failure to account for her daughter's whereabouts for a full month, and repeated false statements to investigators after Caylee's disappearance heightened suspicions that ultimately led to her arrest. Her nationally televised trial and subsequent acquittal of murder and other major charges—she was convicted on lesser charges of lying to the police—sparked a media frenzy.

The AP wrote that Anthony's comments in a series of on-the-record interviews were "at turns revealing, bizarre and often contradictory, and they ultimately raised more questions than answers about the case that has captivated the nation."

Her response to questions about her defense team's drowning theory was especially strange.

"Everyone has their theories, I don't know. As I stand here today I can't tell you one way or another," she said. "The last time I saw my daughter I believed she was alive and was going to be OK, and that's what was told to me."

UPDATE March 8, 4:30 P.M.: This post was updated to note that Casey Anthony was spotted at an anti-Donald Trump rally last month near the president's Mar-a-Lago resort in Florida.