"Unfortunately, for my opponent and her supporters their campaign has come down to stealing and destroying my yard signs," Walters tweeted, telling her supporters to contact her campaign office if they need new signs.

Unfortunately, for my opponent and her supporters their campaign has come down to stealing and destroying my yard signs.

Walters, a two-term congresswoman representing California's 45th Congressional District, has the endorsement of the local Orange County Register newspaper and previously won by 17 points in a district Hillary Clinton won by 5 points. She has been been on the offensive against Porter, a law professor, for the Democratic candidate's support of a single-payer, government-run health care plan. Walters has said a plan of the sort would "be bad for all Californians."

In addition to health care, the Republican tax reform law has been a major issue during the campaign. Porter has attempted to claim Walters raised taxes on middle-class Californians by voting for the legislation that Trump later signed in December 2017. However, Politifact deemed Porter's claim "mostly false." 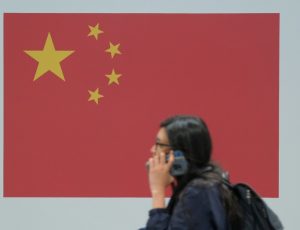