GOP Ad Pushes Back on Dem Claiming Her Words Were Twisted

Barr released a series of ads with audio and video of McGrath on the campaign trail. He has represented Kentucky’s 6th Congressional District since 2013.

"Liberal Amy McGrath thinks our campaign is twisting her words when it comes to her beliefs on open borders, socialized medicine, and late-term abortion," Barr wrote on Twitter. "The problem is, those are her own words."

Liberal Amy McGrath thinks our campaign is twisting her words when it comes to her beliefs on open borders, socialized medicine, and late-term abortion. The problem is, those are her own words. Watch our new ad now: #KY06 pic.twitter.com/Rp6LraBQK6

In one clip, McGrath responds to radio host Larry Glover’s hypothetical of "a woman on the way to the hospital to give birth," telling him: "I don’t think the government should be involved in a woman’s right to choose what is happening to her body."

Glover pressed: "So you think could decide to abort it instead?" McGrath gave various iterations of the same answer, affirming that the context and timing had no bearing on the right of a woman to abort at will.

The majority of Kentucky adults have consistently opposed abortion in all or most cases.

My latest ad will go up on air tomorrow. Despite @barrforcongress hitting me with 6 different attacks, I'm not getting in the mud with him.

We deserve candidates who run on more than fear, lies and distortions. I remain convinced that the voters will have my back on Nov 6th. pic.twitter.com/szaXeo8L0R

The clip comes from an event in Bourbon County, in which McGrath discussed American health care. McGrath told constituents, "I was in essentially socialized medicine my entire adult life and let me tell you it’s awesome."

The quote came following a larger discussion about reforming the American healthcare system. Though McGrath expressed a preference for "single payer," she rejected its feasibility now because "we have a very complex system now."

"I am further left, I am more progressive, than anyone in the state of Kentucky," McGrath said in one ad recorded during a Massachusetts fundraiser.

Republicans have controlled both of Kentucky’s Senate seats since 2001 and the majority of its congressional seats since 1995. June marked the first time since the Civil War that fewer than 50 percent of Kentucky’s registered voters identified as Democrats.

McGrath also compared the morning after Trump’s election to the 9/11 terror attack.

Recent polls have Barr leading McGrath by a few points, although McGrath led by as many as 15 points at one point.

The relevant portion of McGrath’s healthcare comment is reproduced in full here:

There is a push, on the, I know, from the Democratic side, to go to single payer. You've heard of this single payer? That would be, of course, government-run healthcare system. Completely. I think that if we were to structure a healthcare system from scratch, that would be the way to go. I mean, if we were to zap ourselves back forty years, and do it all over again, knowing what we know now, that would be the way to go. We can’t do that. We have a very complex system now, where some people like, some people like their insurer, some people like their healthcare. Many people don’t like the government. So, I think we ought to fix what we’ve got in the Affordable Care Act, because it’s a decent piece of legislation that has actually helped Kentucky. We went from an over 20 percent uninsured rate in the state, down to less than 5 percent. So it’s doing a lot of good for a lot of people. There isn’t a week that goes by that someone doesn’t come up to me and say, and says, "Hey, let me tell you how the Affordable Care Act helped me, let me tell you how it saved my life." So it’s doing some good. Let’s not throw it away, alright? So, I proposed things to tweak it. So, for example, a Medicare buy-in plan, okay, for those who are 55 and over. Many people that I talk to who are 55 and over just can’t wait to get on the Medicare, okay? And I always see the head nods. So why not allow them to buy into it early? Alright? How about a public option? Public option was originally written into the legislation in the Affordable Care Act, but it was taken out at the last minute by the Senate. What is the public option? The public option is simply, if you’re on the Affordable Care Act, okay, you’re on the exchanges, you have an option of one or two or three insurance companies. Blue Cross Blue Shield, Aetna, I don’t know, whatever, whatever, third one you want to name [crosstalk], United. Okay? You can pick between those three plans, right? And you pick the best one that works for you. Right? I propose we also have a fourth plan, Uncle Sam. Alright? And that way you can pick the government plan if that works for you, awesome. It gives you choice. We love choice. Right? Right? But if you don’t want, if you’re afraid of government, which a lot of people are, I’m not, because I was in essentially socialized medicine my entire adult life and let me tell you it’s awesome. I’m not afraid of it. But if you are afraid of it, then pick United. Pick Blue Cross. And your neighbor can pick Uncle Sam, and you can see if your neighbor, you know, dies or something. I don’t know. But I’m not afraid of it. I mean, let’s do that. Because what it would do is it would drive down costs. You know? United would now have to compete with Uncle Sam. Okay? And that would, I think, we think, it would drive down costs. Alright? It’s not going to be a perfect fix, but these are things moving us in the right direction, okay? 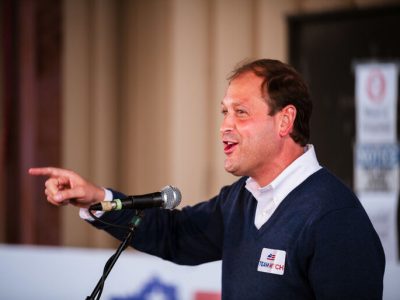 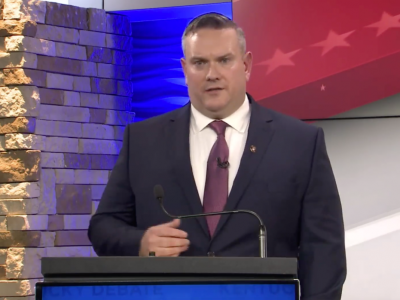 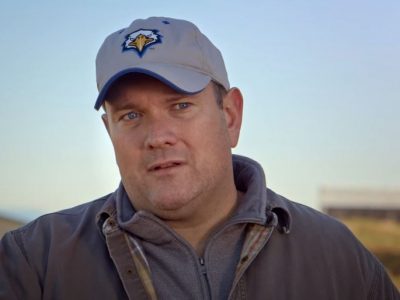