Gallego: We Are Less Than 60 Days From Totally ‘Kicking the S–t Out of the Republicans’

Rep. Ruben Gallego (D., Ariz.) told an audience of Democrats on Saturday that they are less than 60 days from totally "kicking the shit out of the Republicans." Gallego made the comments at a unity event for the Maricopa County Democratic Party.

"Guy, guys, and ladies—We are less than 60 days from totally kicking the shit out of the Republicans," the congressman said.

Gallego made the comments at an unity event for the Maricopa County Democratic Party.

He said Republicans are "cowards" and will continue to be, and so, Democrats need to fight.

Gallego is no stranger to controversial comments. He has called President Donald Trump a "psychopath," told immigration officials they wouldn't be safe, and said the Republicans' health care plan would "kill people."

"We’re going to get through these November elections, make sure the Democrats take control, and then after that, I’m going to meet together with family, friends, and supporters and decide next year whether to run for Senate," Gallego said. 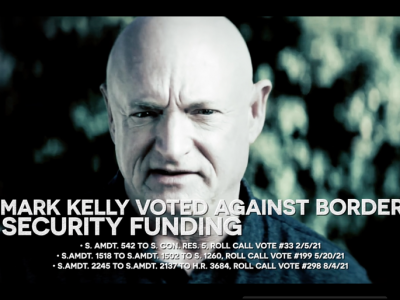