Feinstein: ‘The Purpose Is to Dry Up the Supply of These Weapons Over Time’

UPDATE: Check out the full list of guns Feinstein's legislation would ban

"The purpose is to dry up the supply of these weapons over time," Feinstein said. "Therefore, there is no sunset on this bill."

Feinstein said the bill prohibits the sale, transfer, manufacture and importation of assault weapons and large capacity ammunition feeding devices that can accept more than ten rounds, but said it would not affect hunting or sporting firearms.

A number of Democrats have expressed reservations about the viability of an assault weapons ban, either from a political stand point or on a policy level.

Majority Leader Harry Reid has a lifetime ‘B' rating from the NRA and is seen as a potential obstacle for the White House to an assault weapons ban. Mayors Against Illegal Guns, the group financed by Michael Bloomberg, is now making calls in Nevada about Reid's position.

Others, like Sens. Joe Manchin (W.V.), Angus King (Maine), and Heidi Heitkamp (N.D.) have either been noncommittal on an assault weapons ban or have expressed concerns about potential gun legislation.

Via the Daily Caller, here is a full list of the guns Feinstein's legislation would ban: 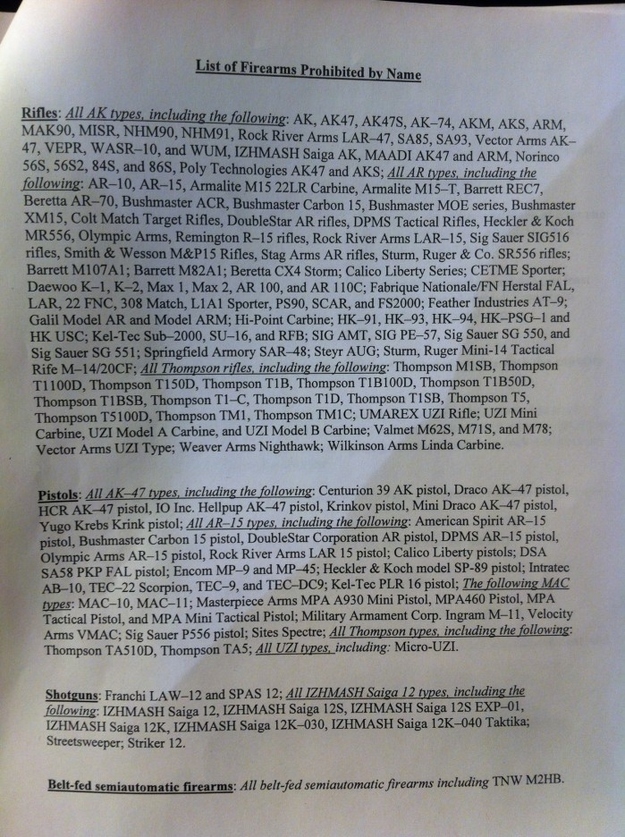