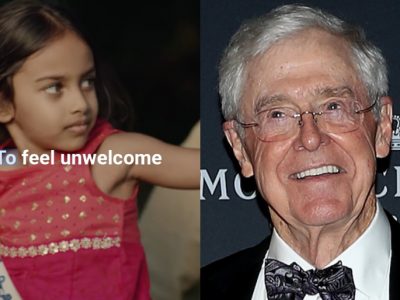 DSCC Slams Its Own Nominee While Trying to Smear Kochs

National Democrats have purchased statewide airtime for an attack ad, titled "Cloud," that seeks to tie Republican nominee Terri Lynn Land to the libertarian billionaire Koch brothers. The 30-second spot accuses the brothers of profiting off the release of "pet coke," a petroleum byproduct environmentalists say is a pollutant, in Michigan.

"Their giant piles of illegally stored pet coke threatened the health of Michigan residents and now they're out to contaminate our elections," a narrator says as a black cloud sweeps across the screen.

However, the Koch brothers are not the only ones to profit from pet coke investments: Peters has invested nearly $20,000 in French oil giant Total S.A., which operates several pet coke operations in the United States.

Those investments are at odds with Peters’ rhetoric and his multi-million dollar support from environmentalists. Peters, who is worth approximately $2 million, said lucrative oil investments are "a little bit of stock" that will not interfere with his environmental policy.

Neither the DSCC, nor the Peters campaign returned request for comment.

Land called on Peters to return the investments he has made in the French oil giant in the wake of the DSCC’s ad buy.

"Congressman Gary Peters should immediately sell his $20,000 investment in pet coke, the very substance he tells voters is polluting Detroit and the substance that is the nexus of false attack ads launched by National Democrats like Senator Harry Reid and California billionaire Tom Steyer," Land said in a statement.

Land has gone on the attack against Peters for his investments and environmentalist positions she says will cost Michigan good-paying jobs.

"Gary Peters’ friends are spending millions in attacks trying to falsely connect Terri Lynn Land to pet coke. Peters calls pet coke a dangerous pollutant, but he has $19,000 invested in a company that produces it, hoping to profit from pollution," the ad says. "For Washington's Gary Peters, $19,000 is a little bit of stock, and a lot of hypocrisy."

Peters’ portfolio has opened the Democratic candidate to numerous accusations of hypocrisy.

While he professes deep opposition to outsourcing, he has invested thousands in a medical company that plans to dodge U.S. taxes by setting up shop in low tax Ireland. He also profited off of the Detroit water utility that is now shutting off service to poor residents. Land and water activists called on Peters to return those profits in August.

"Cloud" is the latest in a series of campaign spots produced by the DSCC for its multi-million dollar ad buy in Michigan. Despite its reputation as a deep blue state, Peters’ lead in the race has fallen to within the margin of error in many polls.

National Democrats and leading liberal interest groups are spending record amounts in the state. Harry Reid’s super PAC has spent millions on attack ads and the DSCC has been forced to spend more money in Michigan in 2014 than it spent in the entire 2012 and 2008 campaigns combined.

Peters and Land are running to replace retiring Democratic Sen. Carl Levin, who won his 2008 race by 30 points. Peters leads Land by less than 3 points, according to a Real Clear Politics average.

Update 10:31 A.M.: An earlier version of this story incorrectly stated the name of the French company Gary Peters had invested in.  It is called Total S.A., not S.A. France.  The story has been updated to reflect the correct name.