The family business that Indiana Democrat Sen. Joe Donnelly was invested in until last Friday has removed all mention of its Mexican manufacturing operation from its website.

Donnelly, who has been an outspoken critic of companies that outsource labor, came under fire last week after the Associated Press reported that Stewart Superior, a family business run by his brother that Donnelly is invested in, had shifted some of its manufacturing to Mexico to take advantage of labor costs.

Donnelly responded first by selling his stake in the company. Now, Stewart Superior has taken steps on its website to hide its Mexican manufacturing operation.

The site's current "about us" page, which as recently as last Friday concluded by stating that "a recently opened manufacturing plant in Guadalajara, Mexico now brings economical, cost competitive manufacturing and product development to our valued customers." 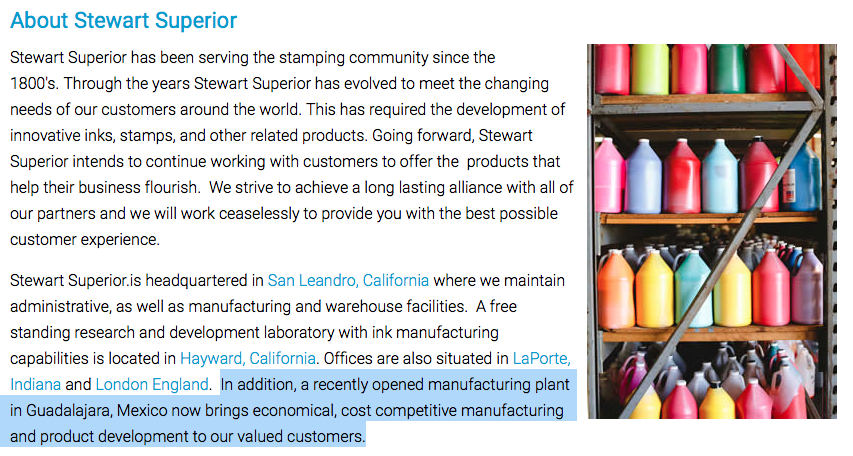 Stewart Superior "About Us" webpage before changes.

That sentence has now been removed, as can be seen in screenshots that were taken by the Washington Free Beacon. 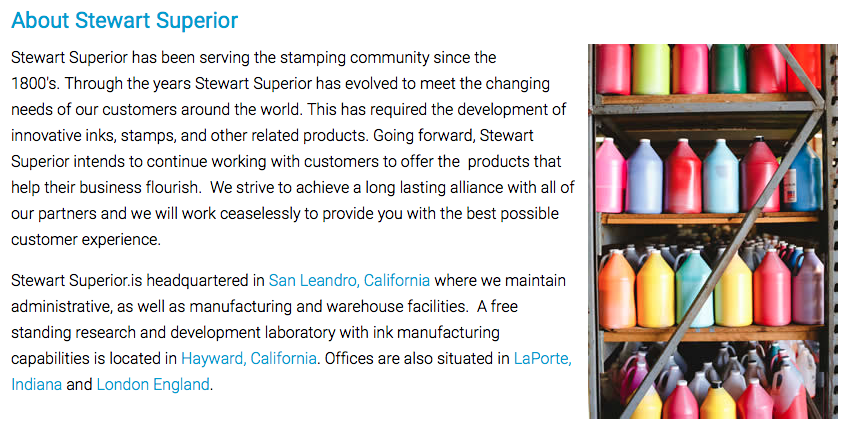 Stewart Superior "About Us" page currently

The address of the Mexican "manufacturing plant" has also been removed from the "locations" page where it could previously be found.

Stewart Superior did not respond to questions regarding the change and whether it means the company has halted its Mexican manufacturing.

The company's operations manager spoke openly with the Washington Free Beacon last week about what is manufactured in Mexico and how it has been beneficial for the company.

Donnelly has previously slammed outsourcing as "a fancy term for ‘someone in Indiana has just lost their job.'" He recently labeled Carrier—a company, like Stewart Superior, that has operations in Indiana—a "free rider" for its plan to move jobs to Mexico.

Donnelly first invested over $1,000 in the company in 2013, shortly after it acquired what it described as "economical, cost competitive manufacturing" through the Guadalajara plant. Donnelly has maintained an investment valued at between $15,001 and $50,000 in the years that followed, according to financial disclosure forms filed with Congress.

Donnelly reported no income from the investment in 2013, but his returns have increased in the years that followed. In 2016, he earned up to $50,000 off his investment in Stewart Superior.

Donnelly's campaign did not respond to a request for comment on whether it had any role in the company's decision to amend its website.