"I think we ought to realize that the economy we grew up in isn't going to take place in 2017, 18, 19," Warner told supporters, who he said likely came there in retirement.

Warner encouraged the supporters in Smith Mountain Lake to "shake things up," suggesting it will help capitalism work better for more people.

"I was blessed to do really well in business," he continued. "I believe in the free enterprise system. But I don't believe modern American capitalism has worked for enough people. And we need to shake things up."

The Democratic candidate has been criticized for anti-Semitic remarks and views, though she is still supported by the Democratic Congressional Campaign Committee. As the Free Beacon previously reported:

Cockburn has been branded a "virulent anti-Semite" by Virginia Republicans due to a 1991 book she wrote on Israel that, according to the New York Times, is "largely dedicated to Israel-bashing for its own sake."

"Its first message is that, win or lose, smart or dumb, right or wrong, suave or boorish, Israelis are a menace," the Times wrote. "The second is that the Israeli-American connection is somewhere behind just about everything that ails us."

Cockburn, who invited the Times to attend a meeting she held with Jewish community to "defuse" the anti-Semite critique, said she was seeking J Street's endorsement during the meeting. She also said the United States should support the Palestinian Authority.

Back in 2017, Warner advocated for "Capitalism 2.0" which would make sure "everybody's got a fair shot in this economy."

At the end of the day Capitalism 2.0 is about making sure everybody’s got a fair shot in a changing economy. #AspenIdeas @AspenFutureofWork

Warner's previous campaign ads, while running for governor of Virginia and the Senate, have highlighted his business prowess. Warner made over $200 million as a telecommunications venture capitalist. "Voters said they liked Warner’s business experience," a Washington Post article said in 2001. 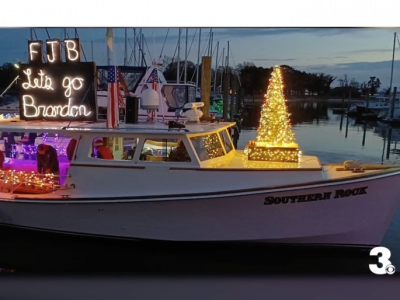