A past campaign donor to New York City Mayor Bill de Blasio (D.) testified Thursday that he and his businessmen friends were major players in political corruption.

Rechnitz and Borough Park businessman Jeremy Reichberg initially targeted the NYPD in their pay-to-play scheme, doling out gifts and cash to cops in return for favors, but soon turned their attention to City Hall.

"We had the police going for us–now it was time to get into politics," Rechnitz said.

Rechnitz said he told a de Blasio’s fundraiser, Ross Offinger, that "we’re going to become significant contributors, but we want access," after de Blasio clinched the Democratic nomination for mayor in 2013.

De Blasio said last year he was not "particularly close" to Rechnitz, however, it came out in the testimony that Rechnitz was paid to visit de Blasio’s office and was given his private cell phone number and email address.

The two talked "at least" once a week about "different issues in the city" after the initial meeting, and the businessman began funneling money, which summated to about $160,000, to de Blasio’s campaign and related political projects.

Rechnitz said during testimony he had high hopes for the possibilities of potential favors, and he discussed with de Blasio "who he should be appointing for certain positions," should he be elected.

"My mind was limitless," Rechnitz said during testimony.

"I was focused on making money, getting my name out there, becoming a big player in town," Rechnitz said, indicating how Reichberg told him people made a fortune when Rudy Giuliani was mayor. "So I figured maybe I’ll buy an office building, and I’ll get the city as a tenant."

When he and like-minded businessmen met with Offinger, they made it clear what the group was after, the Post noted.

"We’re one group," Rechnitz said at the time of himself, New York State Federation of Taxi Drivers President Fernando Mateo, and business ally Reichberg. "And we expect a lot of access and influence in this office. And when we call, we want answers. When we reach out for things, we want them to get done."

During Thursday's testimony, prosecutor Martin Bell asked what Offinger said in response to the proposition and asked what expectations were outlined during the meeting. Rechnitz said Offinger asked how much money the group of businessmen could get together, and they committed to somewhere between $50,000 and $100,000.

The developer ended up forking over $50,000 for de Blasio’s nonprofit Campaign for One New York, and another $9,900 to his 2013 mayoral campaign. Rechnitz even said he had some people in his office write personal checks that he would then reimburse because he wasn’t permitted to give more than $4,950.

Mateo’s lawyer, Glen Kopp, said he "has not been charged with anything," as of yet. Reichberg was initially charged in June 2016 with conspiracy to commit honest services wire fraud for allegedly bribing NYPD officials, CBS News reported.

De Blasio Under Fire for Selective Enforcement of Social-Distancing Guidelines

Call it DeBLOVID-19: Mayor Urged NYCers to ‘Go On With Your Lives’ as City Became Cesspool of Infection 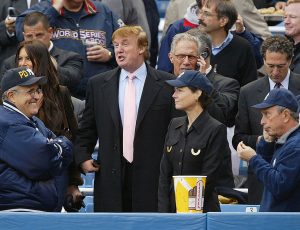 Bloomberg Adviser Gets Short With NYT Reporter About Candidate’s Height 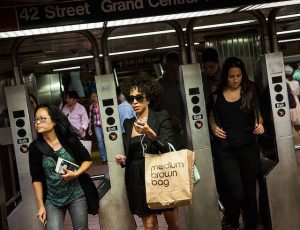 Crime Is on the Rise in New York City