Looks like Brett "Keg Stand" Kavanaugh might have to relinquish his title as America's hardest partying political figure.

Dana Nessel, the Democratic attorney general in Michigan, apologized on Wednesday for behaving like a sloppy freshman at last month's Michigan-Michigan State football game in East Lansing. Nessel posted the apology on Facebook in response to swirling rumors and several Freedom of Information Act requests for information about the "Tailgate-Gate" incident on Oct. 30.

Nessel explained that she consumed a few too many Bloody Mary's "on an empty stomach" at a tailgate party, where she was photographed boozing it up with Gov. Gretchen Whitmer (D., Mich.) and Ron Weiser, chairman of the University of Michigan's Board of Regents. Once inside the stadium, Nessel "started to feel ill" and attempted to sleep it off. Eventually her friends intervened, demanding she leave "so as to prevent me from vomiting on any of my constituents," Nessel wrote on Facebook. "Polling consistently shows 'Roman showers' to be unpopular among most demographics."

After being escorted up the stairs, a wheelchair was commandeered to ensure Nessel's safe passage to the parking lot, where a driver was waiting to take her home. She described the hangover she experienced the following day as "skull-crushing" and vowed to "never to drink on an empty stomach, and definitely never to have another Bloody Mary," which is about as convincing as Joe Biden's pledge to stop petting little girls.

"I am human," Nessel wrote. "Sometimes I screw up. This was definitely one of those times. My apologies to the entire state of Michigan for this mishap, but especially that Michigan fan sitting behind me. Some things you can't un-see."

Judging by the look on the Michigan fan's face, the memory of the experience will haunt him for the rest of his life. 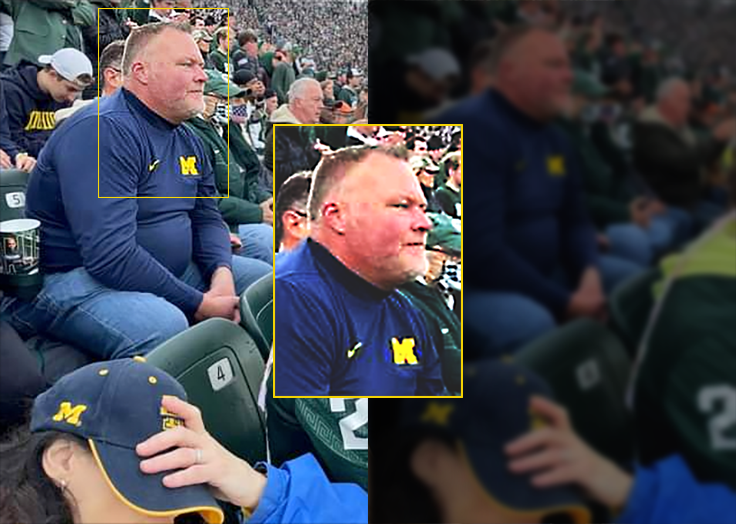