DAGA and its Republican counterpart, the Republican Attorneys General Association (RAGA), have largely been used as campaign tools to fundraise and promote candidates and their campaigns. However, as emails sent by the attorney general's office in Washington, D.C., and obtained through a Freedom of Information Act request show, DAGA is becoming involved and integrated in the day-to-day operations of some elected officials.

"527" organizations such as RAGA and DAGA "are typically parties, candidates, committees, or associations organized for the purpose of influencing an issue, policy, appointment, or election, be it federal, state or local," according to the Center for Responsive Politics.

Several emails showed DAGA officials setting a conference call with a subject line, "Emoluments Case Comms Coordination." The emails were sent to members of DAGA and the D.C. attorney general's office, as well as employees of the PR firm BerlinRosen, which has offices in Los Angeles, D.C., and New York. DAGA also brought in a political consultant for these conversations as well, the emails show and DAGA confirmed.

Another email string showed the D.C. AG's office declining a request for Attorney General Karl Racine to appear on MSNBC. As a result, communications officials in the office decided "to pass this along to BerlinRosen" to handle.

BerlinRosen, a progressive firm, has done millions worth of public relations work for political pushes to boost the minimum wage to $15 an hour.

These attorneys general associations are relatively recent inventions: The Republicans formed RAGA in 1999, and the Democrats followed suit in 2002. Democrats have made no secret that they would emulate a strategy that was largely successful for Republicans during the Obama presidency, namely, slowing down the president's agenda with lawsuits that start at the state level.

Becoming enmeshed with the day-to-day execution of normal office duties appears to butt up against ethical redlines, according to Paul Nolette, a political science professor at Marquette University who has studied the associations for years.

"I would also answer ‘yes' to your question—does any of this start seeming unethical to me?" Nolette said in an email. "After all, the AGs' client is supposed to be their state. By allowing outside organizations to increasingly run their operations, AGs are essentially allowing for other interests to speak for their clients. There is hardly any guarantee that these outside interests, in turn, are chiefly seeking the state's interest as opposed to their own goals (whether partisan, ideological, or material). It opens the doors to all sorts of conflicts of interest."

A spokesperson with Racine's office rejected this assessment.

"We shared media opportunities and messaging about the suit with the Democratic Attorneys General Association because many of its members supported our suit and wanted to amplify our message to the American people about why we brought this suit," the spokesperson said by email.

"This is completely proper, and it advances the District of Columbia's message and goal in bringing this suit: ensuring the President complies with the Constitution."

Nolette said the increasing power of such 527 groups highlights the breakdown of bipartisan cooperation between attorneys general. He pointed to the National Association of Attorneys General (NAAG), a more apolitical body formed in 1907 to help AGs of all political backgrounds do their job at the highest level.

"The NAAG model of cooperative operations has (almost) completely broken down," Nolette said. "Rather than the bipartisan NAAG doing things like advocating for AGs as a whole (via communicating with the media, assisting with amicus briefs, lobbying Congress, etc.,) you have RAGA/DAGA advocating for their members on a partisan basis. This latter point is only a slight exaggeration—NAAG still does some of these things for bipartisan groups of AGs—but the broader point is that RAGA and DAGA are more important to AGs than ever."

Republican attorneys general during Obama's presidency were successful in slowing his agenda with multi-state lawsuits against, for example, Obamacare and the Clean Power Plan. However, during that time, RAGA critics highlighted the group's coordination of "donor conferences," in which high-level donors could have access to various Republican AGs during RAGA conventions.

Democrats have turned the tables, slowing down President Trump's early travel bans which were targeted towards nations with Muslim-majority populations and fighting other policy proposals.

A September report from Politico said DAGA is hoping to spend $15 million in the 2018 cycle. Republicans hold 26 attorney general seats across the nation; Democrats hold 22, with independents holding the remaining two seats. 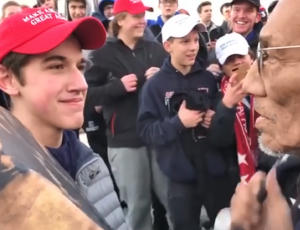 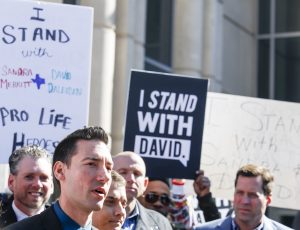