The group in charge of the Conservative Political Action Conference announced Monday that its team will not meet with Facebook CEO Mark Zuckerberg to discuss the social media site’s reported censoring of conservative viewpoints.

American Conservative Union chairman Matt Schlapp said he was contacted by Facebook over the weekend and has declined to join talks with conservative leaders about the site’s alleged political bias.

Schlapp said in a statement that if Facebook wants to restore its credibility with conservatives, the organization needs to bare "complete transparency" on how it aggregates news stories for its trending media section.

"If they want to mend the relationship, we’re happy to sit down with their experts about how they can better strike a balance between sterile algorithms choosing news content and when a human curator decides to put a finger on the scale," Schlapp wrote.

CPAC, a political conference that draws conservatives from across the nation annually, was among the right-leaning topics blocked from appearing in the trending news section.

Zuckerberg wrote in a Facebook post Thursday night that he would meet with "leading conservatives and people across the political spectrum" to address the allegations. He said that the company’s internal investigation hadn’t turned up evidence finding the Gizmodo account to be true.

"We appreciate their invitation, especially since our organization and annual conference, CPAC, were specifically targeted," Schlapp said. "However, we do not believe that the problem between Facebook and CPAC and the broader conservative community is merely a communication problem. It appears that [Facebook and Zuckerberg] believe they can avoid having to answer for their actions by hosting conservative luminaries at their state-of-the-art headquarters."

Schlapp outlined an alleged "history of agitating against conservatives," including a report finding that 80 percent of Facebook’s political donations go toward liberals.

Television personalities Glenn Beck, Dana Perino, and S.E. Cupp are among those meeting with Facebook staff this week to discuss the accusations. 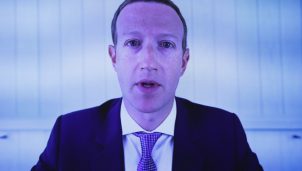