Host Bret Baier played a clip of Trump earlier this month, where he told a rally his administration will be "taxing the hell out of China."

"We've been losing hundreds of billions of dollars a year to China. It has to stop and they understand that. President Xi is a good man. He's a friend of mine," Trump said. "He understands that and until such time, as there is a deal, we will be taxing the hell out of China."

Baier then asked Page whether Xi is a friend or an enemy, referring to Trump's tweet earlier Friday morning asking whether his Federal Reserve Chairman Jay Powell or Xi is the "bigger enemy."

"I think that you can justify calling the president of China an enemy, and we are in an economic competition with them, the two biggest economies," Page said. "It's hard for me to understand why you call the chairman of the Federal Reserve, who by the way you appointed to that job, as an enemy and likening him to the president of China. Maybe I'm easily shocked. I did find that shocking today."

Baier noted how supporters of Trump have expressed praise of Trump's strategy of imposing tariffs on China in response to China taking advantage of the U.S. in previous administrations.

"To date, the effects of the trade war are showing up more in the stock market than they have in the employment figures, which I think is critical to President Trump's chances for re-election," Continetti said.

"But all this is a reminder that the only closed economy is the global economy. This trade war has affected the Chinese economy, which in turn has affected the Germany economy, which brings down Europe and that is having blowback now in terms of our business people operating in this climate of uncertainty," he continued. "They don't know actually where the supply chains will go and they don't know where the tariffs will remain."

In response to retaliation from China, Trump announced Friday he would raise tariff rates on China, according to CNBC:

The White House will raise existing duties on $250 billion in Chinese products to 30% from 25% on Oct. 1, the president tweeted. The tariffs on another $300 billion in Chinese goods, which start to take effect on Sept. 1, will now be 15% instead of 10%, he added.

In a series of tweets, the president said he would increase the pressure on Beijing as part of his long-held goal to force China to change what he calls unfair trade practices. Trump has fired more shots in the trade war as he seeks a sweeping trade deal with Beijing — even as the tariffs threaten global economic growth. 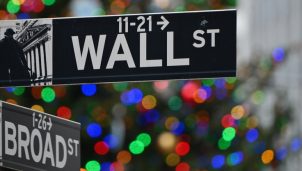