Financial institutions are pushing back against a proposed rule change that would force them to work with the firearms industry, citing concerns over the legality of the measure.

Introduced by the Treasury Department's Office of the Comptroller of the Currency (OCC) in November, the measure would block financial institutions from refusing to do business with companies the banks believe may hurt their image. The rule requires that banks base decisions on financial risk assessment: As long as the numbers are financially sound, banks will be unable to deny services to a lawful business.

The Bank Policy Institute argues that the new rule would "effectively replace the traditional business of American banking," adding that it would require banks to take on risk and barring them from "using subjective judgment and qualitative considerations, including reputational risk, in deciding whether to provide a financial service." A group of 12 Democratic lawmakers concurred, saying that the proposed rule would hamper the ability of banks to make comprehensive assessments of businesses.

"Forcing banks to lend where the risk does not justify it is bad for the health of our financial system," the Democratic lawmakers wrote in a letter to the OCC. "Propping up an industry with falling revenue because its business cannot provide competitive prices is antithetical to the free-market capitalism on which our country thrives."

Interim comptroller Brian Brooks decided to intervene in November after several banks, including Citibank and Bank of America, began restricting services to the firearm industry. Citibank, for example, banned customers from selling "high-capacity magazines" or then-legal bump stocks to anyone under 21. Bank of America announced it would stop financing companies that made "military-style firearms."

Mike Hammond, legislative counsel for Gun Owners of America, told the Washington Free Beacon that banks shouldn't be allowed to impose their political views on customers.

"Contrary to the assertions of the Bank Policy Institute, the ‘traditional business of American banking' is not to serve as super-regulators—or to impose their political views on what rights the American people should and should not be able to exercise," he said. "If the banks are so eager to eliminate the self-defense rights of ‘the little people,' maybe they should remove the armed guards from their own branches."

That aligns with what the OCC says about the rule.

In a news release announcing the proposed rule change, the OCC states, "The proposal would require a covered bank to ensure it makes its products and services available to all customers in the community it serves, based on consideration of quantitative, impartial, risk-based standards established by the bank."

The rule may not go forward, as Democratic president-elect Joe Biden takes office in two weeks. The OCC is currently headed by Brooks, but unless the current Republican-controlled Senate confirms him for a full five-year term, Biden will likely appoint his own nominee for comptroller. 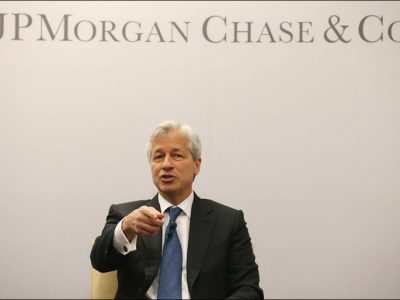