Nuclear Regulatory Commission (NRC) chairman Gregory Jaczko announced Monday he will resign, effective on the confirmation of a successor, after years of criticism and allegations of inappropriate behavior toward women and potential false testimony before Congress.

Jaczko was appointed to the five-person panel, which oversees nuclear safety and storage issues, in 2005 and was appointed chairman in 2009 by President Obama. His tenure as chairman was marked by internal strife, culminating in congressional hearings at which witnesses accused Jaczko of bullying and harassing female co-workers.

Prior to joining the NRC, Jaczko worked for Senate Majority Leader Harry Reid (D., Nev.). The Nevada Democrat used his position to block Bush appointees to the NRC until Jaczko was confirmed.

That support was not enough, however. Jaczko gave in to mounting political pressure to resign Monday.

"After nearly eight years on the Commission, I am announcing my resignation as Chairman of the U.S. Nuclear Regulatory Commission, effective upon the confirmation of my successor," Jaczko said in a statement. "My responsibility and commitment to safety will continue to be my paramount priority after I leave the Commission and until my successor is confirmed."

Several congressional aides told the Washington Post that Jaczko's resignation signaled he had become too much of a political liability for Reid to continue to protect.

Sen. James Inhofe (R., Okla.), the ranking Republican member of the Senate Committee on Environment and PublicWworks, applauded the news.

"Given the numerous reports of Chairman Jaczko's failed leadership at the NRC, it was right of him to step down today," Inhofe said in a statement. "Throughout his time at the NRC, it was abundantly clear that Chairman Jaczko used his office to undermine the NRC to the point that all four of his fellow commissioners wrote to the President to ask for assistance as a last resort. With his resignation today, the NRC can focus on its mission of safety without the distractions of Jaczko's inappropriate behavior."

"We believe that his actions and behavior are causing serious damage to this institution and are creating a chilled work environment at the NRC," wrote NRC commissioners Kristine Svinicki, George Apostolakis, William Magwood, and William Ostendorff.

In a series of congressional hearings that followed, witnesses described how Jaczko would routinely bully and humiliate female co-workers.

The commission’s only woman, Svinicki, required her chief of staff to accompany her to meetings with Jaczko because he made her feel uncomfortable. Svinicki said all members of the commission and their subordinates were on the receiving end of Jaczko's "outbursts of abusive rage."

In one instance, Jaczko made a female employee cry in front of male co-workers, according to testimony.

"Senior female staff at an agency like NRC are smart, tough women who have succeeded in a male-dominated environment," Democratic NRC commissioner Magwood said during a House Oversight Committee hearing. "Enduring this type of abuse and being reduced to tears in front of colleagues and subordinates is a profoundly painful experience for them. The word one woman has used is ‘humiliated.’"

Magwood described Jaczko's irrational behavior at meetings as "like ‘The Exorcist,’"

At the time, Democrats denounced the hearings as unfounded attacks on Jaczko for his anti-industry leanings. Boxer called the accusations "a witch hunt."

House Oversight Committee Chairman Darrell Issa (D., Calif.) said in a statement that Jaczko's resignation "will close an ugly chapter and allow the Nuclear Regulatory Commission to focus on its mission—ensuring the safe operations of the nation’s nuclear plants."

"I commend the four NRC commissioners who came forward to testify about Chairman Jaczko’s abusive behavior in order to put an end to a culture of retaliation and a polarized political atmosphere," Issa said.

The Oversight Committee has repeatedly pressed Jaczko to clarify potentially false testimony he gave at the December hearings, in which he denied any knowledge of the events or allegations against him.

An inspector general report on Jaczko's behavior is expected to be released in the coming months.

A 2011 report by the NRC inspector general concluded that Jaczko "strategically withheld" information from fellow commissioners to keep them in the dark about his plans to delay progress on the Yucca Mountain project.

Jaczko "was not forthcoming with the other commissioners about his intent to stop work" on the project, the report said. The report also said "Jaczko acknowledged that he sometimes loses his temper."

Reid issued a brief statement of support for Jaczko.

"His work toward a safe and effective nuclear energy policy has left Nevada and the nation more secure," Reid said in a statement. 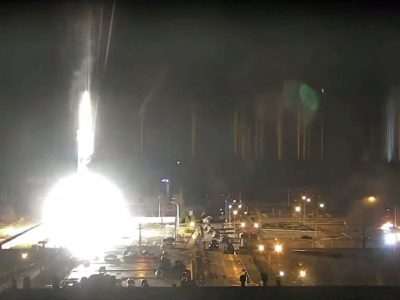