The Trump administration pulled $62 million in funding from the World Health Organization on Wednesday and is taking further steps to withdraw from the body, which the United States accuses of helping China obfuscate information about the coronavirus pandemic.

The United States is on track to cut its funding and personnel from the agency before July 2021, when President Donald Trump's order earlier this year ending the U.S. relationship with WHO is set to begin, according to senior administration officials working on the matter. The United States will not consider rejoining the organization until it "gets its act together," according to Nerissa Cook, deputy assistant secretary of state in the Bureau of International Organization Affairs.

U.S. officials informed the WHO of the administration's decision Wednesday and reiterated demands that the organization implement a series of widespread reforms to limit China's interference in the body. American diplomats have been pressuring the organization for months over its efforts to help China hide evidence of the coronavirus's origins. The Trump administration maintains the WHO was complicit in Beijing's efforts to promulgate lies about the virus in the early days of its spread. The WHO went along with China's claim that it was the first country to publicly report the virus. U.S. pressure on the WHO has irritated China and European powers that continue to maintain the organization is an effective oversight body.

"The position of the White House is that the WHO needs to reform, and that is starting with demonstrating its independence from the Chinese Communist Party," Cook said. "And it needs to make improvements in its ability to prepare for, to prevent, to detect, and to respond to outbreaks of dangerous pathogens."

After it leaves the WHO, American diplomats will continue to pressure for reforms that they say must be implemented before the United States considers rejoining the organization. In addition to splitting from China, the United States is demanding structural reforms that would help the WHO more quickly respond to emerging pandemics and inform the world about possible dangers.

"If they're interested in seeing the United States stay, they will take [those demands] seriously and negotiate seriously," said Garrett Grigsby, director of the Department of Health and Human Services Office of Global Affairs.

The Department of Health and Human Services, as well as the U.S. Agency for International Development (USAID), will end its voluntary contributions to the WHO and begin bringing American officials stationed there home before the end of the year, officials from both agencies confirmed. This includes Americans who are working with the WHO on various global health issues.

USAID and HHS, however, will not halt what they called "one-time" donations to the WHO. This includes up to $40 million that HHS has promised the organization to support its work with immunization and influenza, according to Grigsby.

USAID will also move forward with a "one-time disbursement" this year of up to $68 million to support the WHO's work on health issues in Libya and Syria, according to Alma Golden, USAID's assistant administrator for global health.

After both agencies make good on these donations, officials will begin to cement partnerships with organizations and countries that are not WHO members, officials said.

"The World Health Organization has failed badly by those measures, not only in its response to COVID-19, but to other health crises in recent decades," Secretary of State Mike Pompeo said in a statement on Thursday. "In addition, WHO has declined to adopt urgently needed reforms, starting with demonstrating its independence from the Chinese Communist Party." 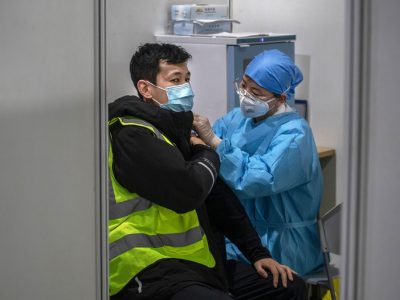 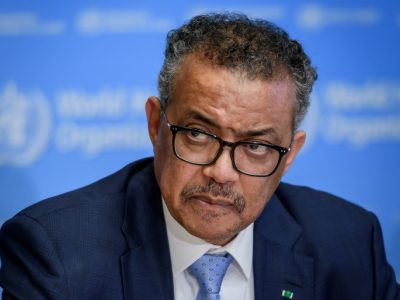 House Republicans Blast WHO and China in COVID Origins Report 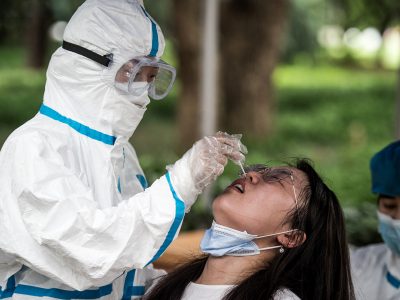