The president announced during a speech at the Pentagon that missile defenses, currently limited to countering North Korean long-range missiles and future Iranian missiles, will no longer be constrained to rogue states.

American missile defense systems will be expanded and new capabilities added that for the first time will prepare to counter much larger and increasingly advanced missile threats from Russia and China.

"Our goal is simple: To be sure we can detect and destroy any missile launched against the United States, anywhere, any time, and any place," Trump said. 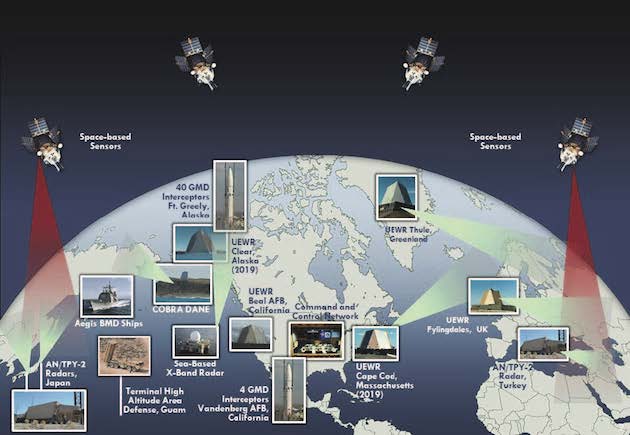 Both China and Russia, the president noted, are fielding more missiles, both current ballistic missiles, and newer, more lethal cruise and hypersonic missiles. Hypersonic missiles travel faster than five times the speed of sound and maneuver to evade missile defenses.

The United States also is pursuing hypersonic missiles for strike operations after decades of shunning the weaponization of the high-speed weapons.

"The U.S. will now adjust its posture to defend against any missile strikes, including hypersonic and cruise missiles," Trump said. "We are committed to establishing a missile defense program that can shield every city in the United States, and we will never negotiate away our right to do this. … We will ensure that enemy missiles find no sanctuary on earth or in the skies above."

New U.S. missile defenses will include improved current systems, additional sensors and intelligence satellites, and innovative technologies and systems that will allow attacks on missiles before launch, through cyberattacks or conventional air and drone strikes and laser strikes.

The Pentagon's two-year Missile Defense Review, made public as Trump spoke, calls for improving and adapting existing defenses to improve their capabilities against missiles, both cruise and hypersonic missiles, along with relocating and surging mobile defenses and building new weapons rapidly. 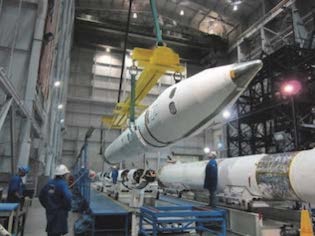 Among the options are increasing the Ground-based Midcourse Defense system of 44 long-range interceptors by 20 interceptors, and as many as 60 new interceptors.

The interceptors currently are based in Fort Greely, Alaska, and Vandenberg Air Force Base, California. A third site on the East Coast also could be built to defend against future long-range Iranian missiles.

The missile defense review report said that the current Alaska and California defenses "in the event of conflict, it would defend, to the extent feasible, against a ballistic missile attack upon the U.S. homeland from any source."

High energy laser weapons could provide a cost-effective system to shoot down missiles in the early phase or boost phase of their flight.

"DoD is developing a low-power laser demonstrator to evaluate the technologies necessary for mounting a laser on an unmanned airborne platform to track and destroy missiles in their boost-phase," the report said.

New missile defenses will not be designed fully for countering the large missile forces of China or Russia and current nuclear deterrence strategy will seek to hold those missiles at risk.

"If deterrence fails and conflict with a rogue state or within a region ensues, U.S. attack operations supporting missile defense will degrade, disrupt, or destroy an adversary’s missiles before they are launched," the report said noting that that concept is part of a new comprehensive missile defense strategy that would reduce the number of missiles that would be need to be struck during flight or at the end of their flight.

That will require new attack warning intelligence, time-sensitive targeting, and long-range precision, air-, land-, and sea-strike weapons for use against mobile missiles.

The new missile defense strategy "adopts a balanced and integrated approach to countering missile threats through a combination of deterrence, active and passive missile defenses, and attack operations," the report said.

Stronger missile defenses will protect the homeland, deter enemies, and protect allies, while helping the United States to project power globally in support of allies and partners.

Missile defenses "must be continuously strengthened and expanded given the growing challenges posed by potential adversaries, particularly rogue states, who are contesting the established international order and deploying greater numbers of increasingly sophisticated offensive missiles," the report said.

"We are not interested in keeping pace with the emerging threats," Shanahan said in remarks before the president. "We want to outpace them."

A "host" of new technologies will help counter the growing missile threats, he said.

The report also states that space-based missile interceptors should be built to counter rogue-state missiles by attacking the missiles during the early phase of flight when they are most vulnerable to attack.

"Space-basing may increase the overall likelihood of successfully intercepting offensive missiles, reduce the number of U.S. defensive interceptors required to do so, and potentially destroy offensive missiles over the attacker’s territory rather than the targeted state," the report said.

The Pentagon is examining concepts and technology for space based defenses.

New technologies for missile defenses were not specified in the report. The Pentagon "will increase investments in and deploy new technologies and concepts, and adapt existing weapons systems to field new capabilities rapidly at lower cost," the report said.

Trump said the new emerging Space Force military service will lead the way in dealing with the new reality that space has become a warfighting domain.

The Pentagon plans to create a new space force as a component of the Air Force in ways similar to the Marine Corps as part of the Navy.

"Our strategy is grounded in one overriding objective: To detect and destroy every type of missile attack against any American target, whether it be for or after launch," Trump said. "When it comes to defending America, we will not take any chances. We will only take action. There is no substitute for American military might."