The U.S. government is losing the propaganda war to Islamic State terrorists who are recruiting jihadists and inspiring more lone-wolf attacks, according to a report by a crowd-sourced global consulting group.

The Islamic State (IS, also known as ISIS or ISIL) is using sophisticated information operations that include videos and innovative outreach on social media such as Twitter, the report produced by a network of specialists for the firm Wikistrat states.

"The group’s leap forward in reaching its various target audiences is of great concern," says the report, "The Winner’s Messaging Strategy of the Islamic State: Technically Excellent, Vulnerable to Disruption."

"Through the strength of its communications, ISIS has drawn unprecedented numbers of young Muslims from across the globe to the battlefields of Syria and Iraq to fight on the group’s behalf," says the nine-page report based on an analysis of the group’s activities. "ISIS has provoked a wave of lone wolf terrorist attacks, raising legitimate questions about whether extremists’ savvy use of social media might produce a permanent rise in such attacks."

The report identifies a key vulnerability in IS information operations, noting that increasing international efforts against the ultra-violent Muslim extremist group have made it more dependent on propaganda programs, which can be disrupted.

The group’s information strategy is described as a "winner’s message" that is described by Wikistrat analysts as a central vulnerability.

"ISIS’s messaging depends on the group projecting the image of strength and momentum—and if ISIS’s narrative is undermined or disrupted in this regard, then the group risks becoming unattractive to its target audience," the report says.

Based on the comments of current and former U.S. officials, the report says the IS propaganda machine is so proficient that it could take the United States "years" to develop a counter-narrative against the group’s growing appeal.

The Islamic State emerged as a powerful terrorist force last year after seizing large areas of Iraq and maintaining control over part of Syria. The battlefield successes brought a large number of jihadists to its ranks.

Daveed Gartenstein-Ross, a co-author of the Wikistrat report, could not say why U.S. government efforts against IS propaganda have been unsuccessful, but he noted that it is not clear who in the U.S. government is in charge of such programs that have been hampered by bureaucratic restraints.

The State Department has a small counter-IS information program that seeks to promote counterterrorism Twitter hashtags. Critics have said the program has been ineffective against the group.

"But regardless of the reason why the U.S. government hasn't been more effective, we are in a position where ISIL has been effectively using its messaging to mobilize supporters at an unprecedented scale," said Gartenstein-Ross.

"Our report provides a framework for attacking the heart of this group's ability to mobilize supporters. It is intended as a benchmark against which future U.S. efforts can be measured and evaluated."

Sebastian Gorka, a counterterrorism specialist, said the Wikistrat report has some flaws, including the notion that highlighting Islamic State battlefield failures will undermine its propaganda.

"Highlighting military losses on the ground is not a panacea as it helps recruit more jihadis: ‘Look the infidel Romans are winning, this is the judgment day jihad, all true Muslims must enlist!’" said Gorka, the Horner chair of military theory at Marine Corps University.

Also, focusing on IS weak governance is a case of western mirror imaging. "ISIS is not trying to create a nation state," Gorka said. "Its whole message is one of rejecting the Westphalian model as un-Islamic."

"I agree that government is not the obvious face to be put on the counter ideology effort," Gorka said. "But neither is the distribution of U.S. government talking points to the media."

Instead, Gorka recommends launching a "massive-scale black [information operations] campaign that cannot be connected to the government which covertly supports the brave Muslim reformers around the world as well as widespread support for private sector initiatives which will be infinitely more efficient than government ones."

President Obama, in announcing a new strategy last year against IS, said the United States would seek to attack the ideology of the group. However, the program has produced little in the way of ideological results.

The annual State Department report on terrorism, made public last week, bolsters the findings of the Wikistrat report.

The State Department report shows that the influence of IS is spreading as the group sets up affiliates outside of Syria and Iraq. Also, the numbers of terrorist attacks increased 35 percent and resulting fatalities increased sharply last year.

For example, in 2014 there were 20 attacks that killed more than 100 people, compared with only two such attacks the previous year.

In a briefing on the report, Tina S. Kaidanow, a State Department counterterrorism coordinator, would not answer publicly when asked by a reporter how she can describe administration counterterrorism policies as a success considering the increased attacks.

On IS propaganda efforts, the report said: "ISIL showed a particular capability in the use of media and online products to address a wide spectrum of potential audiences: local Sunni Arab populations, potential recruits, and governments of coalition members and other populations around the world, including English-speaking audiences."

"ISIL has been adroit at using the most popular social and new media platforms (YouTube, Facebook, and Twitter) to disseminate its messages broadly, with near-instantaneous reposting and the generation of follow-on links and translations into additional languages following ISIL’s initial publication of online propaganda," the State report added.

Among its propaganda were images of hostage beheadings and showing its slave market of ethnic Yazidi girls and women.

The group also produced propaganda showing false portrayals of life under its rule and efforts to develop institutions of a state.

"ISIL’s use of social and new media also facilitated its efforts to attract new recruits to the battlefields in Syria and Iraq, as ISIL facilitators answered in real time would-be members’ questions about how to travel to join the group," the State report said.

The report made no mention of U.S. or allied counter-propaganda efforts but said there is a "need for comprehensive counter-messaging and early engagement with a variety of communities to dissuade vulnerable individuals from traveling to join the conflict."

A State Department spokesman did not return an email seeking comment. 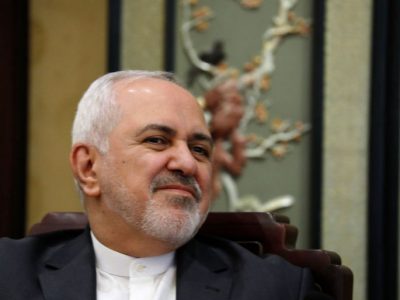 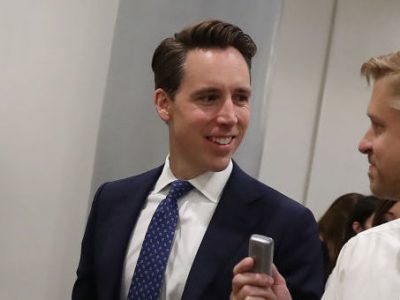