China has deployed a new high-speed anti-ship cruise missile and is sharply expanding an armada of advanced guided-missile warships and submarines, according to a naval intelligence report made public Thursday.

The Office of Naval Intelligence, in its first unclassified assessment of the Chinese navy in six years, revealed deployment of the new YJ-18 supersonic anti-ship cruise missile on warships and submarines that analysts say poses a major threat to U.S. and allied vessels.

According to the report, China began building or launched more than 60 naval ships and vessels last year, and a similar number of warships are under construction or deployed for 2015.

"Major qualitative improvements are occurring within naval aviation and the submarine force, which are increasingly capable of striking targets hundreds of miles from the Chinese mainland," the report said, adding that despite some shortfalls, "it is emerging as a well equipped and competent force."

The key focus of the Chinese navy is anti-surface ship warfare through deployment of large numbers of advanced destroyers, frigates, and submarines, supported by long-range range over the horizon radar.

The new YJ-18 cruise missile is deployed on the newest class of destroyer called the Luyang III, and on diesel attack submarines known as the Song/Yuan class, and nuclear-powered Shang-class attack submarines. 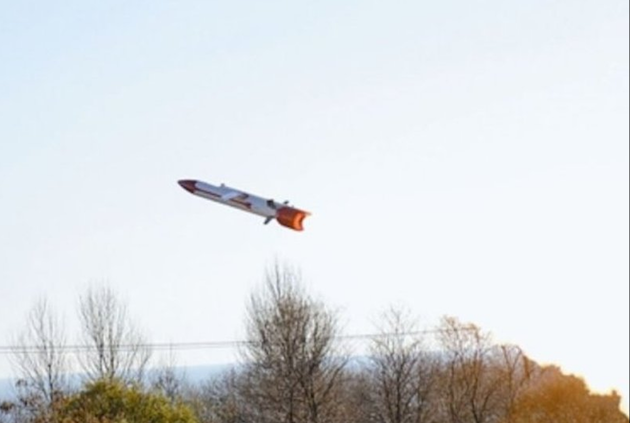 "This supersonic missile could be extremely difficult for U.S. and allied ships to defend against," Erickson said.

The YJ-18 reportedly has a maximum range of 111 miles at a speed of Mach .08 and a higher speed range of 24 miles. The new missile is more capable and has a longer range than the current anti-ship cruise missile arsenal.

Additionally, the report reveals that China’s coast guard now has more ships and vessels than the combined coast guard forces of countries in the region.

It was the first time the U.S. government has acknowledged China’s deployment of the supersonic missile, which appears based on the Russian SSN-27/Klub cruise missile.

The report also says deployment of DF-21D long-range anti-ship ballistic missiles will expand the attack range of the Chinese military "further into the Philippine and South China Seas." 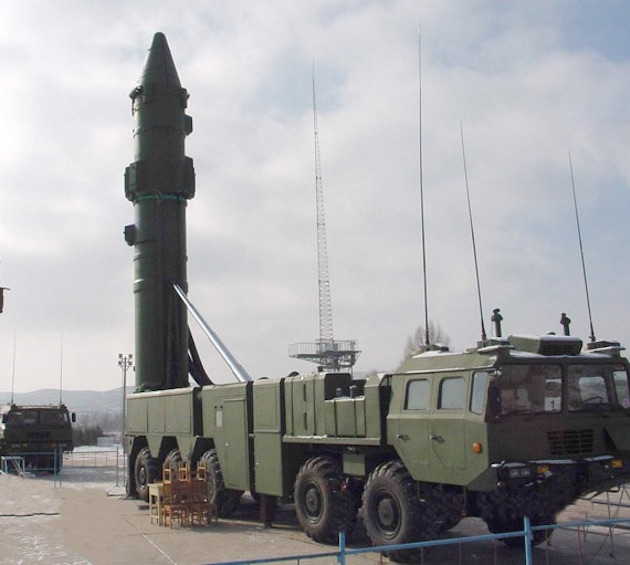 The report notes China is using its newly expanded naval power in maritime disputes throughout the region, including the Bohai Sea, Yellow Sea, East China Sea, and South China Sea.

"Against this back drop of increasing military capability, China’s leaders appear increasingly willing to assert China’s maritime claims, even when such actions risk exacerbating tension with China’s neighbors," the report said.

China has clashed with Vietnam, Philippines, and Japan over maritime claims to islands in the South China and East China Seas.

Further escalating tensions, the Chinese have reclaimed "hundreds of acres" of land last year as part of a buildup of naval and maritime law enforcement operations in the South China Sea’s Spratly islands.

"Together with cutting-edge Second Artillery Force [missile] developments and South China Sea island building, this raises a serious risk for the U.S. and its allies," Erickson said.

"If China envelops a disputed feature such as Second Thomas Shoal in a ‘Cabbage Strategy’ with nonmilitary Chinese personnel facing foreign forces—backed by some of the world's most potent ballistic and cruise missiles—how will America respond? Washington needs an answer soon, or it will risk major erosion of its interests and those of its allies."

China’s submarine force also has expanded rapidly. Currently, China has deployed 59 diesel submarines and nine nuclear power submarines, and ONI estimates the numbers will increase to 63 and 11 respectively by 2020.

"China’s newest indigenous submarine-launched [anti-ship cruise missile], the YJ-18, extends a similar capability to the SONG, YUAN, and SHANG classes," the report said. "Previously, China’s only indigenous sub-launched ASCM was the YJ-82, which has a much shorter range."

The report also reveals that China has now deployed four Jin-class nuclear missile submarines that are expected to begin operational deployments this year.

Adm. William Gortney, commander of the U.S. Northern Command, said earlier this week that China’s has three missile submarines in the water that are a "concern."

"The JIN-class nuclear ballistic missile submarine (SSBN) is poised to begin strategic patrols in the near future, for the first time, putting Chinese intercontinental range ballistic missiles to sea," the report said.

"At the same time, with the commissioning of the Kuznetsov-class aircraft carrier Liaoning China has taken the first step as a carrier-capable navy."

The report contradicts a key theme of U.S. intelligence analysts for the past 15 years, namely that China’s military was defensive and focused mainly on preparing for a conflict with Taiwan. 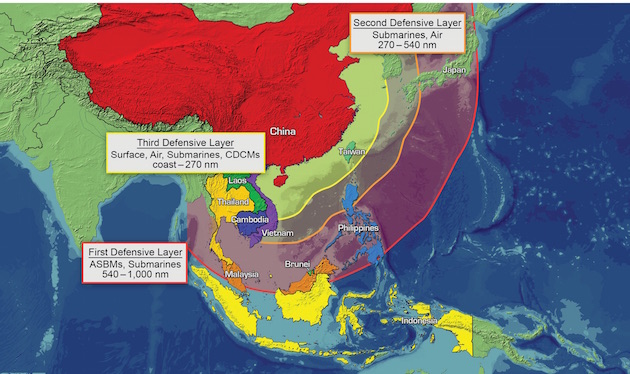 The new report says China’s naval buildup is for operations far beyond Chinese shores, including sea-lane security and other power projection.

Among the naval operations showing the expanded reach were the Chinese navy’s combat training in the Philippine Sea, training missions in the Mediterranean, and increased intelligence ship deployments in the western Pacific. Last year, for the first time a Chinese submarine was deployed to Indian Ocean.

Rick Fisher, a Chinese military affairs expert, said the YJ-18 is also likely to be deployed in land-based and aircraft-launched versions.

"This is a quite informative but fair assessment of the current and near term prospects for China's naval power," Fisher said of the report, noting that ONI provides more details than congressionally mandated Pentagon reports on the Chinese military.

"Its identification of the Navy [Communist] Party Standing Committee is a significant contribution to our understanding of the PLA," he said.

The committee is the Party organ that makes decisions for the navy and the report notes that China’s military is a "party army" not a traditional national defense force as other nations have.

"This is a crucial point," Fisher said. "It means that 35 years of effort by successive U.S. administrations to engage the PLA has been to a major degree misdirected.  There must now be a major push by all U.S. agencies charged with ‘engaging; China to focus on the Party."

Other key disclosures in the report include:

The report concludes that China’s naval build up of aircraft carriers, ballistic missile submarines, and potentially large-deck amphibious ships is altering how the PLA navy operates and "is viewed by the world."

"Here, ONI is suggesting what to some non-government analysts is obvious: China is building its naval forces for eventual global power projection," Fisher said.

"ONI is now suggesting, as others have already, that China could soon be projecting naval power in the same manner as the U.S. Navy," he said. "The Washington policy community has not yet started to understand, much less respond to this level of strategic challenge."