Meet the Two Terrorists the Newseum Is Honoring as ‘Journalists’

The Washington, D.C.-based Newseum, a journalism museum, is standing by its decision to honor two dead Hamas terrorists who they consider reporters.

"Hussam Salama and Mahmoud al-Kumi were cameramen in a car clearly marked ‘TV,’" Newseum spokesman Scott Williams told the Washington Free Beacon via email on Friday. "The Committee to Protect Journalists, Reporters Without Borders, and the World Association of Newspapers and News Publishers all consider these men journalists killed in the line duty."

Here are six things you need to know about Salama and al-Kumi:

1. They worked as "reporters" for a Hamas-backed television station. 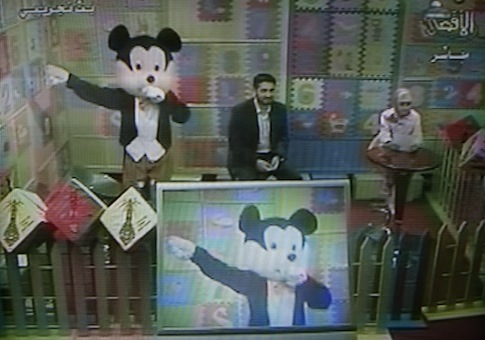 They worked as so-called reporters for the Hamas-backed al-Aqsa Television, which the U.S. Treasury Department designated as a terror group in 2010.

"Treasury will continue to expose Hamas's efforts to create institutions with the trappings of legitimacy that are in fact controlled by and used to support a terrorist organization," Under Secretary for Terrorism and Financial Intelligence Stuart Levey said at the time, calling al-Aqsa a terrorist front posing as a news organization.

2. Salama and al-Kumi were on Hamas’ payroll. 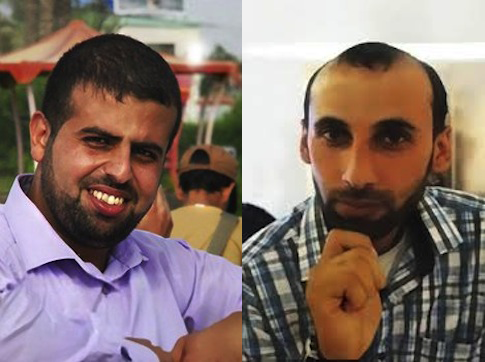 "Hamas leadership raised the initial capital for the station shortly after the January 2006 Palestinian elections," the Treasury Department noted. "At that time, donors contributed half a million dollars for the channel, which was to be headed by members of Hamas, and shortly thereafter, Hamas leaders negotiated broadcasting arrangements with a satellite television provider."

3. Hamas hailed both Salama and al-Kumi as martyred jihadi fighters.

Hamas hailed the two men as martyred jihadi fighters after the Israel Defense Forces (IDF) killed them in an airstrike on terrorist targets.

Salama is identified in one post on a prominent Hamas Internet forum as "mujahid" or martyr, as well as a "jihadi fighter."

Al-Kumi is identified in another forum post as a "martyr." Pictures of Hamas Prime Minister Ismail Haniyeh meeting with al-Kumi’s family also are posted in the forum.

4. The two were "part of the resistance" against Israel.

The two purported journalists were apparently "part of the resistance" against Israel, the television station’s top figure was quoted as saying.

"Being ‘part of the resistance’, in other words, could mean that those carrying a camera during the day could be carrying rockets at night," the Weekly Standard reported.

5. They posed as television cameraman while carrying out terrorist operations.

Salama and al-Kumi posed as television cameraman as they carried out terrorist operations on behalf of Hamas. The van they drove in was crudely marked with a sign that read, "T.V.," a move meant to deceive Israeli authorities.

"Duct Tape on car with the letters TV does not a journalist make," Rabbi Abraham Cooper, the Simon Weisenthal Center’s associate dean, told the Free Beacon.

6. Critics of the Newseum took to social media sites to express opposition to its decision. 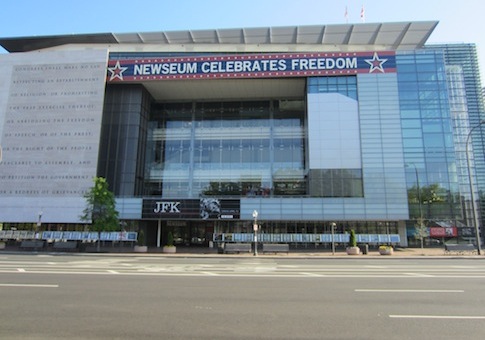 Critics of the Newseum took to Twitter and other social media sites on Friday to express opposition to the honoring of Salama and al-Kumi.

"Maybe [terrorist mastermind] Anwar Al-Awlaki should have called himself a reporter, not a preacher, so @Newseum could have honored him, too," tweeted Josh Block, the Israel Project’s CEO and president.

Others wondered if terrorist operatives who write for al Qaeda’s various publications should receive honors from the Newseum.