Anti-Mormon sentiment is on the rise among liberals and non-religious Americans, according to new research.

BuzzFeed reports on the findings:

The overall increase in anti-Mormon attitudes among liberals may be an unanticipated consequence of the "the continuing candidacy of Mitt Romney and Mormon activism against same-sex marriage," the study suggests. And its findings may be alarming to the Romney campaign because among the study's other findings is that voters' perceptions of Mormonism are closely tied to whether they'll vote for him.

According to American National Election Studies, nearly 35 percent of national respondents said in February they were "less likely" to vote for a Mormon. That's up nine points from 2007, when Pew found 26 percent of voters expressing concern about pulling the lever for a Latter-day Saint.

The uptick in anti-Mormon voter attitudes may come as a surprise to those who predicted Romney's candidacy would have a mainstreaming effect on his faith. But as University of Sydney scholar David Smith, the paper's author, writes, just as President Obama's successful candidacy didn't put an end to tense race relations in America, Romney's political assent hasn't cured the country of anti-Mormonism. In fact, as the data shows, Romney's rise may have lead to increased anxiety about his religion among his natural political opponents. 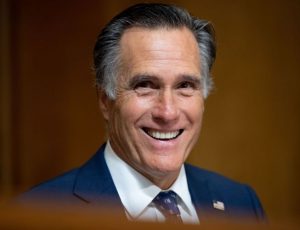