'Kill them all, slit their throats, watch them die'

The ISIS terrorist organization is threatening to launch new attacks in San Francisco, New York, and London, according to new warning messages posted on the group's social media channels.

The messages, carried across the internet via the Telegram networking website, feature the three cities and call for adherents of the terror group's radical ideology to "kill them all," according to copies of the warnings obtained by the Middle East Media Research Institute, or MEMRI, a group that monitors jihadi networks.

"The pro-Islamic State (ISIS) Ash-Shaff Media Foundation shared five posters on Telegram which threaten and encourage terror attacks in the West," according to information compiled by MEMRI. "The posters are captioned in poor English and feature background images of San Francisco, New York City, and London. The Ash-Shaff media group is believed to be based in Indonesia and/or operated by Indonesians."

"Go and answer the call," one of the posters states. "Don't spare none [sic]. Kill them all. It is now time to rise. Slit their throats. Watch them die." 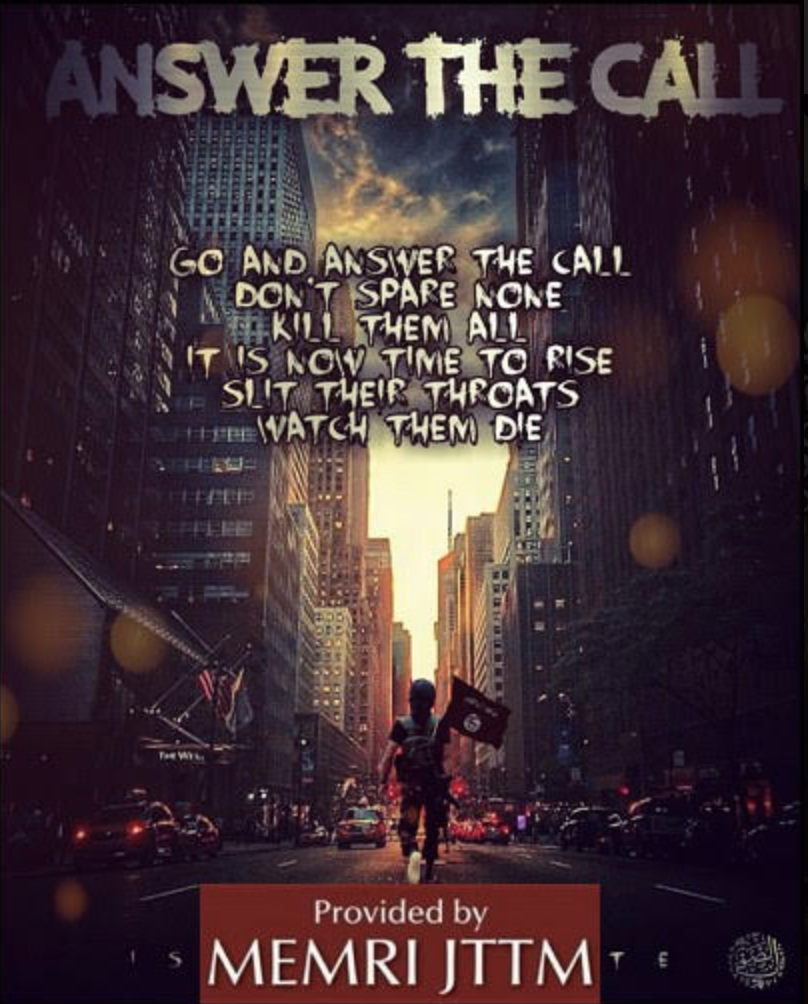 Another poster featuring a man in a suicide bomb vest standing in what appears to be downtown Manhattan urges ISIS followers to "slaughter them all." 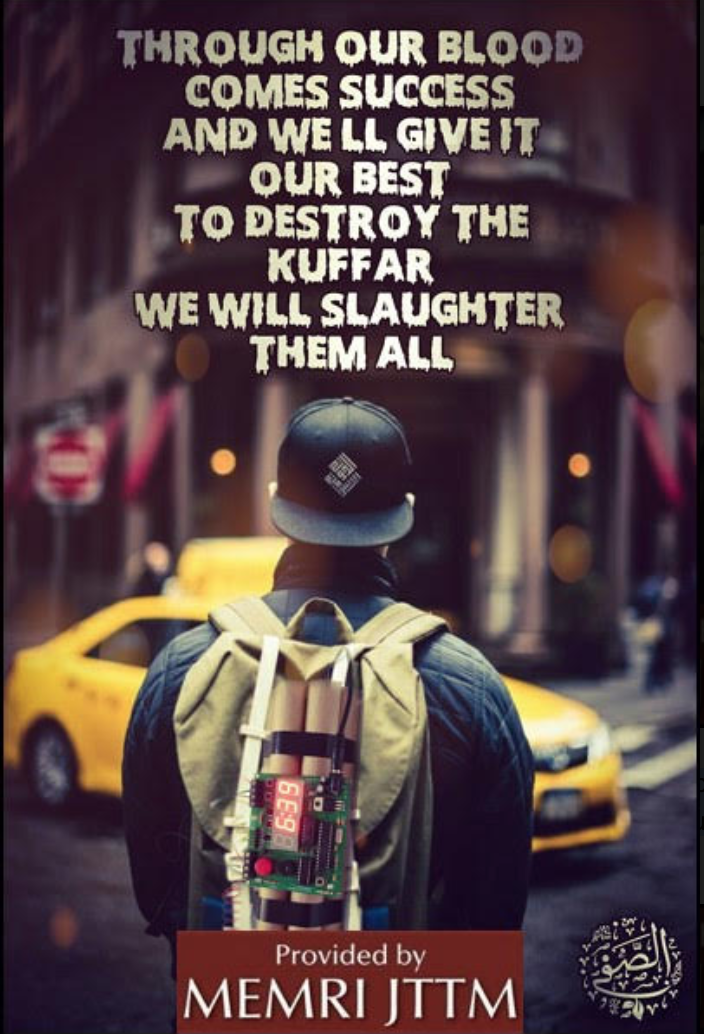 "An additional poster features London's Big Ben burning in the background under the caption: 'O Crusaders Indeed You Are Weak And Powerless. The Soldiers Of Allah Gonna Be Immediately Come To Your Country And Will Destroy The Crusaders Everywhere,'" MEMRI noted. "ISIS enemies, mainly Russia, the U.S., France, and the UK, are often referred to as 'crusaders' in ISIS rhetoric." 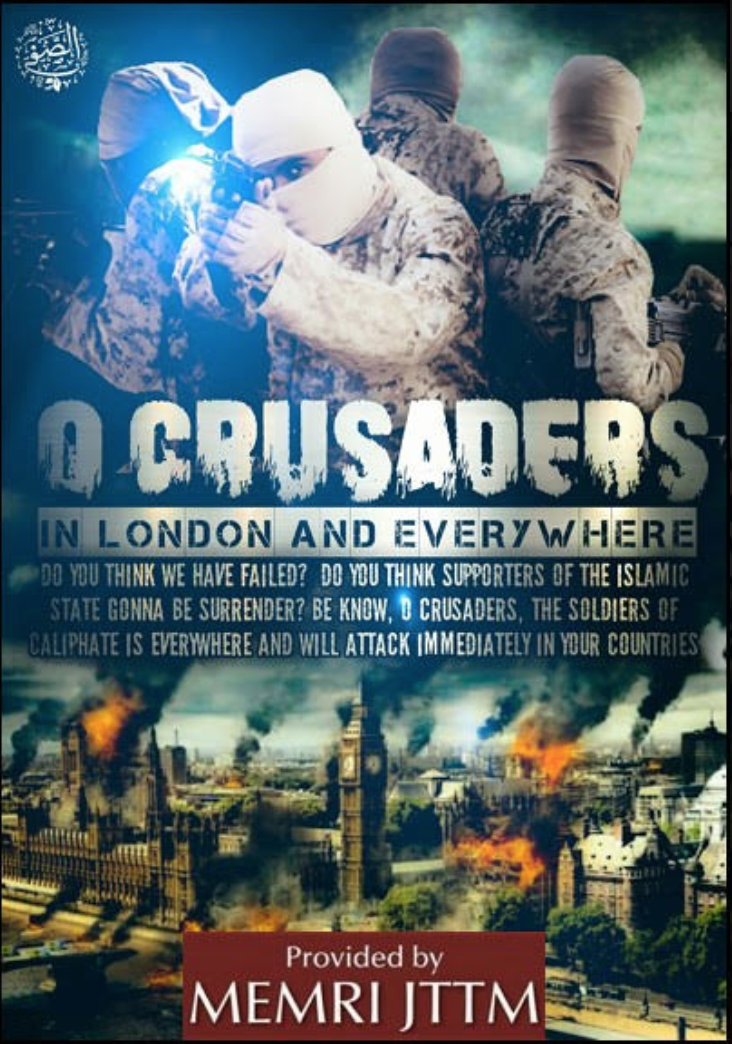