Iran is encouraging its terror allies to pursue the assassination of Israeli Prime Minister Benjamin Netanyahu’s children by publishing personal information about them, including photographs of the kids lined up in crosshairs, and declaring, "We must await the hunt of Hezbollah."

The publication of the personal information and biographies of Netanyahu’s children follows an Israeli airstrike last week that killed several key Hezbollah leaders and an Iranian commander affiliated with the country’s hardline Revolutionary Guard Corps (IRGC).

Iranian military leaders affiliated with the IRGC threatened in recent days harsh retaliation for the strike and promised to amp up support for Hezbollah as well as Palestinian terrorist organizations.

The information was originally published in Farsi by an Iranian website affiliated with the IRGC and quickly republished by Iran’s state-controlled Fars News Agency.

In addition to biographical details and pictures of Netanyahu’s children, the Iranians provided details about the families of former prime ministers Ehud Olmert and Ariel Sharon.

Regional experts with knowledge of the IRGC said this type of public threat is meant to intimidate the Israelis and act as a deterrent against possible military action.

"Here, we have organized a list of prominent Israeli Aghazadehs," or children, according to the original post by the hardline Iranian website Mashregh, which has since removed the article. The Fars reproduction is still available online in Farsi.

Netanyahu’s children are acceptable targets for assassination due to their affiliation with top Israeli leaders, according to the article, which is titled, "The file of the Zionist Children."

"It is worth mentioning that these excellences of Zionism were not directly involved in the war against the forces of resistance and they have not taken up arms, and some [even] by account of their own words are against Zionist radicalism," the post states, according to an independent translation of the Farsi.

"However, they have three years of mandatory service in the army of this regime in their records," it states. "At any rate, acquaintance with the lives of these persons and their traits provides for a more realistic understanding of the social and political issues of the regime in Israel."

In bright red letters, an order is then issued: "We must await the hunt of Hezbollah."

Following this, the article contains detailed biographies and pictures of Netanyahu’s children, Avner and Yair. Similar profiles of Olmert’s son, Shaul, and Sharon’s children, Gilad and Omri, also are provided. 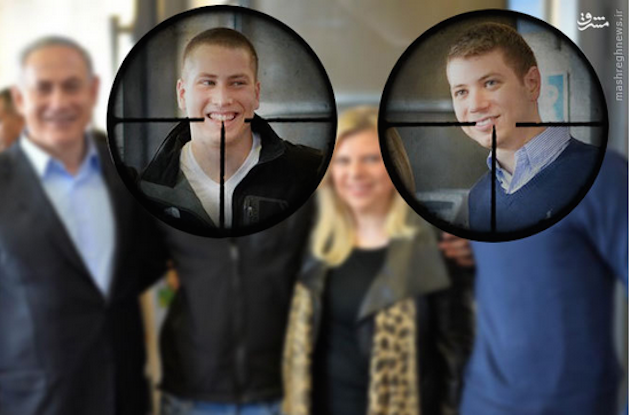 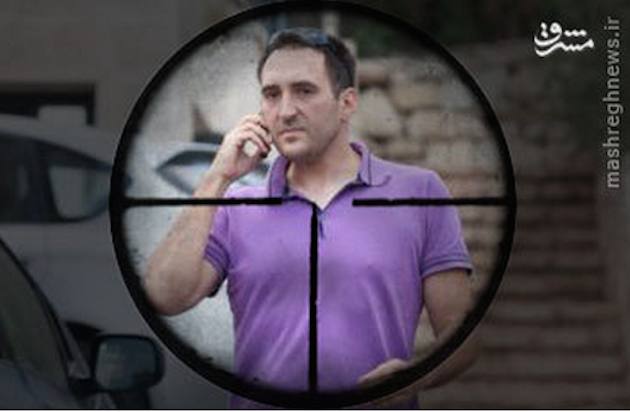 Behnam Ben Taleblu, an Iran expert at the Foundation for Defense of Democracies (FDD), said that while extreme, this type of tactic is common for Iran.

"Mashregh News has chosen to explicitly demonstrate that deterrent power in a sickening retaliatory fashion, weighing the perceived benefits of some of the assassinations from the perspective of the ‘resistance,’" Taleblu said.

"In a not-so-subtle manner, the article attempts to force a linkage between the reported ‘mandatory military service’ of the children and becoming a target," he said. "The question now becomes, will Hezbollah or Iran choose to escalate from this appalling form of psychological warfare?"

Iran’s move to assist with the assassination of these high-profile kids jibes with statements made over the last week by IRGC leaders in the wake of Israel’s deadly airstrike.

"The experience of the past shows that the resistance current will give a crushing response to the Zionist regime’s terrorist moves with revolutionary determination and in due time and place," Ali Shamkhani, the secretary of Iran’s Supreme National Security Council (SNSC), was quoted as saying last week.

Other top military leaders promised to hit Israel with "devastating thunderbolts" and work for the "collapse of the Zionist regime."

"The IRGC will remain steadfast on the path to the collapse of the Zionist regime of Israel through its continued support for the Lebanese and Palestinian combatants, but this time its supports will be on a scale larger than its supports during the 33-day and 51-day wars against the Israeli army," Maj. Gen. Mohammad Ali Jafari, an IRGC commander, was quoted as saying last week.

The IRGC also issued a statement on Wednesday celebrating a terror attack by Hezbollah on Israeli soldiers that left two dead and at least seven more seriously wounded.

"We will stand by the resistance against the Zionists," the IRGC was quoted as saying in a tweet by the Lebanese news outlet Naharnet.

These numerous statements indicate that while Iran backs reprisals on Israel, it is hesitant to take its own action, according to FDD’s Taleblu.

"All the outpouring and statements by Iran’s political and military elite is meant to establish the deterrent power of the Islamic Republic," he said. "Such power is designed to instill the fear of reprisal, without having to bear the costs of engaging in one."