Don’t Give Up the Ship*

This observation brings us to the case of Lt. David Nartker of the U.S. Navy, who was 27 years old and five years out of Annapolis when he unwittingly—but legally—attempted to pass through Iranian waters, and then surrendered the two riverine boats for which he was responsible to Iran’s Islamic Revolutionary Guard Corps. When he did this in January, on the same day as President Obama’s final State of the Union address, coverage in the press tended to focus on the affair’s potential effect on the Iran nuclear deal. Critics took a dim view of the Obama administration’s bizarre gratitude to the Iranians for letting go the U.S. sailors they had illegally detained—a hostage-taking compounded by the facts that the Iranians (also illegally) ransacked the boats for sensitive items like communications gear and released humiliating videos of the American sailors kneeling at gunpoint and of Nartker apologizing. Later, some of the Iranians involved got medals.

Commentators and politicians, in public at least, tended to go easy on the sailors themselves, and for understandable reasons. There is a natural hesitation to criticize the troops. The potential critics generally lack military experience. And even if the sailors did make serious mistakes, as they obviously did, lieutenants and petty officers who had their lives on the line just don’t seem like fair targets. Moreover, as a damning Navy investigation made clear, the chain of events that ended in the capture of these two boats had its origins in a parent command plagued by bad leadership, poor training, inadequate equipment, and, unsurprisingly, low morale. While Nartker has been relieved and administratively punished, several officers very senior to him have faced consequences as well. Their careers are all generally at an end. 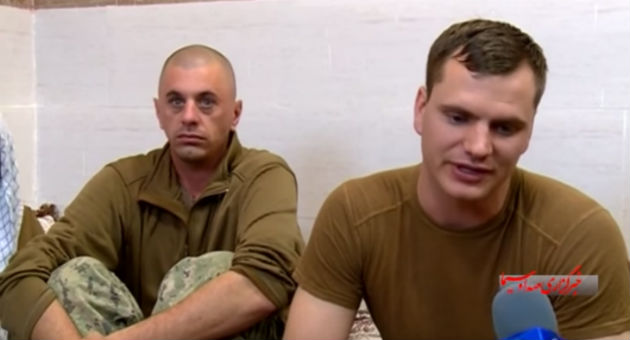 So be it—until this week. I don’t know if it’s a generational thing, a sign of the times, or just another example of a young officer’s questionable judgment, but on Monday Nartker (who is still on active duty) took his case to the press, arguing at Foreign Policy that, whatever other errors he may have made, on the point of surrendering to the Iranians he was entirely in the right:

"I was thinking, ‘I am not going to kill this guy right now over a bullshit navigation mistake,’ … There would be a dead Iranian in Iranian waters. And there was no way to claim it was international waters."

There also was the threat of more Iranian boats coming after them and the possibility of an extended firefight with unforeseen consequences, according to Nartker.

"I was not going to ignite a conflict over this," he said, adding, "And I don’t have the authority to start a war."

The article also communicates the remarkable argument of Nartker’s lawyer that, instead of being punished, the young officer ought to be commended. The journalist who wrote the piece did not convey Nartker’s answers to questions about the negligence that led the boats to be in Iranian waters in the first place or about his televised apology, which was (in addition to surrendering in the first place) a clear violation of the U.S. Armed Forces Code of Conduct—perhaps because the reporter did not ask such questions. 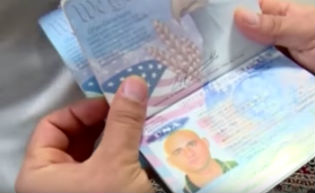 Nartker’s remarks to Foreign Policy double down in a public forum on the defense he mounted privately to the Navy’s investigators, who in June reported him saying:

So at that point and time if I had decided to start a firefight, I know a lot of my guys would be dead. We might have all been dead at that point in time. I didn’t want to start a war with Iran either. … I didn't want to start a war that would get people killed. … I made the gamble that [if we surrendered] they were not going to kill us. I made the gamble that they're not going to Tehran and parade us around like prisoners of war. Because they want this nuke deal to go through. I thought ok, what's the commander’s intent here, the highest commander's intent, the commander in chief would not want me to start a war over a mistake, over a misunderstanding.

These comments provoked a flurry of attention, mostly in conservative circles, when the investigation was released, largely because critics of Barack Obama’s administration suspect that, in at least one narrow respect, Nartker is possibly correct: The president, in his heart of hearts, may well have been relieved that the boats surrendered rather than forced their way out. (Wisely, the White House has stayed out of this issue in public, perhaps having learned a lesson from the Bowe Bergdahl affair that the military’s laws and customs are unfamiliar and politically hazardous terrain for them.)

But in every important respect, Nartker’s argument is embarrassing—for him. Nartker had no legal reason to surrender, as innocent passage of a foreign nation’s territorial waters, even by military vessels, was as permissible in that part of the Persian Gulf as anywhere else. In any event, he had no more authority to surrender his command to Iran—U.S. military personnel on sovereign American vessels—than he had to give them New York City. His claim that he successfully conducted a long-distance mind meld with Barack Obama does not change these facts. His gambles that his sailors were not going to be killed or taken to Tehran proved to be correct, but they were also, contrary to his assumption, paraded around like prisoners of war. Sensitive equipment was taken, any consequences of which have been classified. His apology (Article V of the Code of Conduct, for which men have been tortured and died, reads: "I will make no oral or written statements disloyal to my country and its allies or harmful to their cause") compounded Iran’s propaganda victory. Significant diplomatic capital was spent in getting his sailors home. 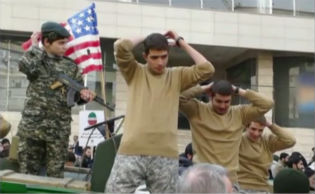 Iranians recreate the capture of U.S. sailors during a parade in Tehran

Significant diplomatic capital would also have been spent in dealing with the fallout of any effort to get away, of course, and Nartker and his chain of command should still have been relieved had such an attempt been made. But the surrender does not forgive the navigational error. It compounds it. Those interested in the details should consult the investigation and consider the sailors' options for themselves. None of them were great, but the situation, frankly, hardly seems to have been a binary choice between surrender and "starting a war."

It is difficult at this stage to judge the full negative impact of Nartker's decision. In addition to Tehran’s propaganda coup and any intelligence gains, the surrender presented a posture of weakness that is provocative, and it thus made future belligerent action by Iran (and other predatory nations) more likely. Iranian harassment of U.S. Navy ships is lately occurring with a feverish intensity, increasing the possibility of miscalculations and exchanges of fire. It is worth recalling that Osama bin Laden used to cite American withdrawal from Mogadishu in 1993 as evidence that the United States was merely a paper tiger. There was a straight line from that argument to the boldness of 9/11.

There is a historical battle standard, a replica of which hangs in Memorial Hall in Annapolis, emblazoned with the words "Don’t Give Up the Ship." There is no asterisk. Now, the shortcomings of a single officer, or even of a single naval command, do not necessarily suggest a broader crisis in the fighting spirit of the U.S. military. On the other hand, it is sheer complacency to examine the details of this incident and not come away with, at the very least, some concerns about the health of those communities within the military that have not been exposed to combat during the last 15 years of war. At the very least, the establishments that educated, trained, and deployed Lt. Nartker need to take a long, hard look at themselves.