Gen. Martin Dempsey, chairman of the Joint Chiefs of Staff, told Congress on Wednesday that Syria could conduct cyber attacks in retaliation for U.S. military strikes and that U.S. forces are prepared for regional retaliation that could include Hezbollah terrorism.

During a hearing of the House Foreign Affairs Committee examining whether Congress should approve President Obama’s plan for military strikes on Syria, Dempsey discussed aspects of military planning for attacks on Syria, including some of the military’s concerns about retaliatory attacks.

Dempsey testified before Congress along with Secretary of State John Kerry and Defense Secretary Chuck Hagel on the second day of debate on a resolution authorizing the use of military force on Syria.

The four-star general said one possible form of retaliation could be Syrian cyber attacks.

Syria also could conduct long-range rocket attacks on neighbors or against U.S. facilities in the region. Syrian surrogates for the Assad regime, including Lebanon’s terrorist group Hezbollah, also might attack a U.S. embassy, Dempsey said.

"There's actions he could probably seek to achieve in cyber," Dempsey said. "And we are alert to all of the possibilities and are mitigating strategies in the way we've positioned ourselves in the region."

He did not elaborate.

A group called the Syrian Electronic Army was blamed for recent cyber attacks on the New York Times and the Onion.

It is not known if the group is linked to the regime of Syrian leader Bashar al Assad, who is facing the prospect of U.S. military action for unleashing deadly nerve gas attacks on opposition forces near Damascus Aug. 21. An estimated 1,400 people were killed in the attacks that the U.S. government says was ordered by the Assad regime.

Dempsey said the military is reaching out to U.S. friends and allies in the region to coordinate the future strikes.

"We’re reaching out to them and some will support us directly, and some indirectly with basing and overflight," he said.

France’s military, along with Turkish forces, are said to be prepared to join in military strikes, either directly or through supporting roles.

On the goal of military strikes, Dempsey said: "The mission given to me was to prepare options to attack, to deter and degrade. And that would mean targets directly linked to the control of chemical weapons but without exposing those chemical weapons to a loss of security."

Other targets include "means of delivery"—rockets, artillery, mortar and missiles as well as air defenses, long-range missile and rockets that are used to protect chemical weapons or in some cases delivery them, Dempsey said.

The military wants to avoid attacking chemical weapons depots to avoid creating toxic sites and more importantly allowing the weapons to fall into the hands of terrorists. At least two rebel groups in Syria are linked to al Qaeda.

During congressional testimony yesterday, Rep. Michael McCaul (R., Texas), chairman of the House Homeland Security Committee, said U.S. officials had told him up to 50 percent of the 70,000 to 90,000 opposition rebels are Islamists.

Dempsey said he believes the strikes will be militarily effective, although he did not estimate what the impact they will have on the volatile region.

"In terms of what it will do the region, that clearly will depend on the reaction of the Assad regime," he said. "But our partners and the United States military is postured to deter his retaliation."

On possible Syrian or Hezbollah counterattacks against U.S. vessels in the Mediterranean, the U.S. embassy in Beirut, and Israel, Dempsey said: "Our maritime assets are positioned such that there are no capabilities that can threaten them."

"Embassies, of course, are a fixed resource and are always subject to terrorist attack," he said. "That remains true today as it has for the last 10 years, and we've taken steps to mitigate that risk."

Dempsey said Israel is "anticipating some action" in response to strikes, is on high alert, and has called up military reserves, he said. 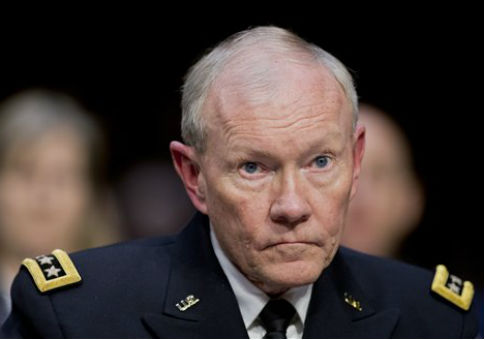 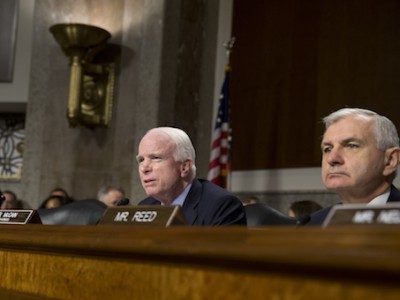 Dempsey: ‘The Global Security Environment Is As Uncertain As I’ve Ever Seen It’ 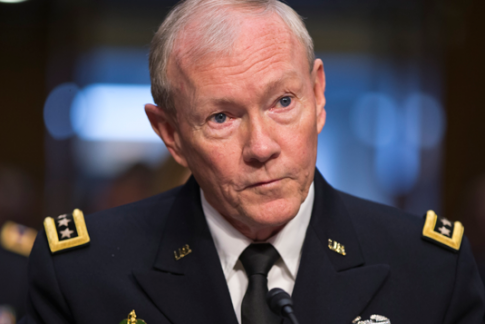