Former CNN and NBC anchor Campbell Brown took to the pages of the New York Times to blast Planned Parenthood for its "blind partisanship"—and warn the organization that it needs friends on both sides of the aisle if it wants to maintain federal funding. Brown writes:

PLANNED PARENTHOOD has a large target on its back. At no time in the organization’s history has it faced such a concerted Congressional challenge to its agenda. But most worrisome is the organization’s shrinking number of defenders, and Planned Parenthood has only itself to blame. It has adopted a strategy driven by blind partisanship, electing to burn bridges instead of building them. That strategy is damaging, and possibly imperiling, its mission.

Most of Planned Parenthood’s work focuses on health care for low-income women, things like screenings for breast cancer and diabetes, and family planning. Despite the claims of its opponents that it’s solely an abortion provider, abortions represent only 3 percent of its work. Almost half of the organization’s funding (46 percent) comes from the federal and state governments, making it imperative that it have friends in both parties. But that’s tough to do when Planned Parenthood sees ideological purity as so paramount that it permeates every aspect of its strategic planning. There is almost no room for even slight deviations. Those who are not in lock step with the organization are viewed as enemies to the cause.

This mind-set will doom Planned Parenthood to failure. When an organization is willing to support only lawmakers who are with it 100 percent of the time, it virtually guarantees that the debate will be bitterly partisan. 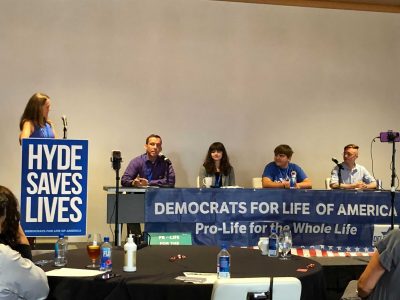 The Last Blue Dogs: Local Democrats Call on Party To Save Hyde