One of GM’s foreign subsidiaries received a $275 million bailout from Australian taxpayers to keep its operations afloat and is reportedly seeking an additional $265 million from local and federal authorities.

Holden, GM’s Australian subsidiary, faces the same problems that led to General Motors’ 2009 bankruptcy. GM spends $3,750 (Australian) more to build a car in Australia than the average cost amongst all international GM plants. Lucrative labor agreements are responsible for 65 percent of that amount.

GM has seen its market share decrease by two percent last year, according to its last quarterly report. Low-cost imports from China and Korea have undercut its sales, despite sizable tariffs imposed on imported automobiles.

"Chinese pick-up trucks cost half of what a GM pick-up costs," said Dave Sullivan, an analyst with the Auto Pacific research firm. "The labor rates are extremely high [in Australia] and they tried to protect the market with duties and tariffs, but imports are eating GM’s lunch."

GM is now slashing prices and negotiating with the union to stem the tide on its price increases.

"We can’t survive as a local manufacturer if we’re not competitive and we don’t reduce our costs," Holden chairman Mike Devereux said in a June statement. "All options for improving productivity are on the table. We will work closely with the unions and our people to develop a fair and reasonable proposal in line with other local manufacturers across all industries."

The Australian bailout came just two weeks after GM CEO Dan Akerson told shareholders and the media that the Government Motors "moniker has been shaken."

"We’ve come this far, and I think the market recognizes that, yes, we’re no longer bedside and on the emergency list," he told reporters in June.

The U.S. government still owned nearly 14 percent of the company at that time. Taxpayers are expected to lose billions on the deal, as GM’s stock would have to nearly triple to recover the $50 billion spent on the bailout.

Sullivan said the Australian bailout will do little to improve Holden’s financial health, calling it a "Band Aid" that does not address the roots of the company’s woes.

"It’s such a ton of money to spend for something that simply delays the inevitable," Sullivan said. "GM has demonstrated that they’re willing to lose money for political reasons, but they’re losing money on every car they make and just putting government cash on each car isn’t going to change anything or help make it profitable."

Local labor costs led Ford to shut down its manufacturing operations in Australia by 2016. GM has insisted in maintaining their presence in the market by turning to the public sector for relief.

Embattled Prime Minister Julia Gillard stepped down in June in the face of daunting poll numbers for her Labor Party. Her successor, Kevin Rudd, faces a tight race in the fall election and can ill afford to stand by and see more manufacturing jobs leave the country.

"There’s a huge political impact that’s fueling this—if the government doesn’t do anything to keep GM going through the election, it’s not going to reflect well on the current administration," Sullivan said.

Other auto experts agreed that the Australian intervention demonstrated that the era of bailouts and crony capitalism is far from over.

"The big picture is that this is bailout-flation … countries have to pay for the privilege of having car plants," one industry insider who spoke on condition of anonymity told the Washington Free Beacon.

Neither GM nor Holden responded to requests for comment, citing the time difference.

Bailouts are not the only political tactic that GM is using to improve its market share in the country. Executives are also putting pressure on the government to implement protectionist policies to increase costs for imports.

"Holden has to be globally competitive, and so does the country’s industry policy. As a local manufacturer Holden is asking for a fair go—Australia must be able to compete fairly on the world stage," Devereux said in June. "We need clear, consistent, and competitive government policy to help secure a long-term future for manufacturing."

Gillard rejected proposals to increase the 5 percent auto tariff in May.

"I don’t think that that's going to assist our manufacturers in the long term," she told Australian media. "I don't believe that imposing tariffs and getting in the way of us being able to be an exporting nation by potentially sparking trade reprisals is the right strategy for Australia."

Holden says that it only received $2.17 billion from the government over the past 12 years, while investing billions more into the Australian economy. Even with the lower figure, Holden receives on average $150 million from Australian taxpayers each year. The company made only $87 million in profits in 2012 and lost $150 million last year.

"The government is trying to prevent a domino effect, assuming that if GM pulls out, Toyota will pull out; government money won’t change that," Sullivan said. "I expect GM to pull out of Australia by 2017." 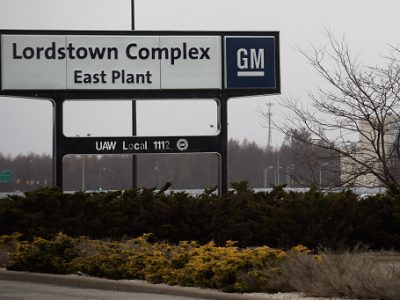 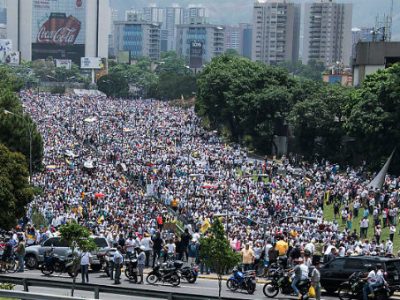