2015 Man of the Year: The American Flag Rescued By This Drill Sergeant Playboy Playmate

This American flag went from being trampled by a group of dirty college students babbling on about social justice and white privilege to being rescued by an Air Force veteran and Playboy Playmate.

The flag’s suffering was being inflicted by students at Valdosta State University, a state university with a graduation rate of just 39 percent, and didn’t stop until American hero Michelle Manhart showed up to save it.

"They had thrown it on the ground, they were walking on it, kicking it, you know making different motions against the flag itself," said Manhart, who refused to stand by and let the flag take such a beating.

Manhart took the flag and let the petulant children know that anytime a flag is torn or ripped it has to be properly disposed of and that she was going to do just that. The students told Manhart that the flag didn’t belong to her, but were shut down when Manhart told them that the flag "belongs to the entire United States."

Here’s some video of the altercation:

Even as police wrestled Manhart to the ground, they could not break her grasp of the tattered flag.

Manhart didn't seek out this fight. She didn’t want to spend her day fighting with a bunch of America-hating idiots, but felt she had to.

"I did not want anything like this, but I got a call from a student who told me that the flag was on the ground, and they were walking on it," she said. "I don’t know what their cause is, but I went to pick it up because it doesn’t deserve to be on the ground."

Manhart’s tenacity in the fight for the flag is not surprising. She was a drill sergeant in the Air Force until 2007, when she was wrongly pushed to resign from her military post for posing in Playboy.

Although she didn’t make the cover in the United States, Manhart was showcased on Playboys that were sold across the southern border. 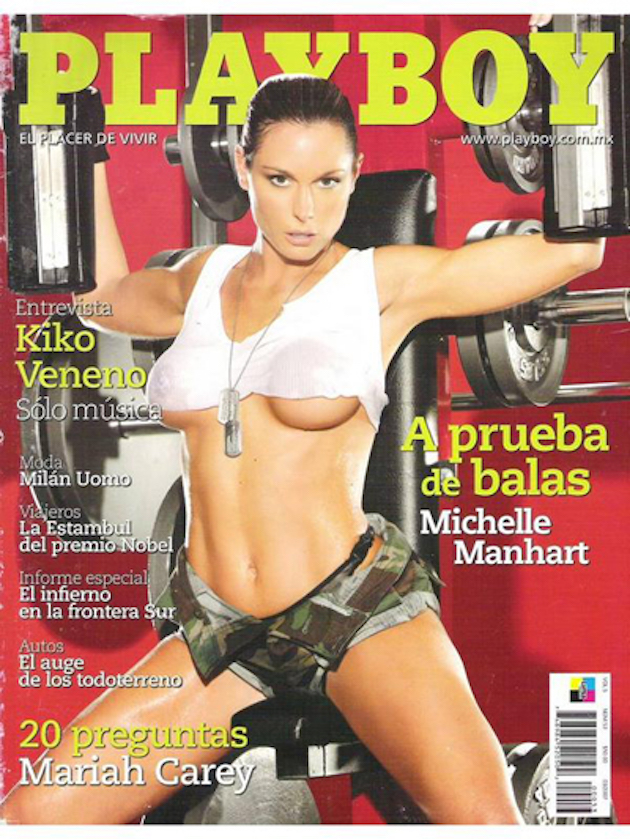 Even though Manhart is no longer an active military member, she still does all she can to help the troops. She signed up to be the cover girl for Operation Calendar, which raises money to assist wounded soldiers. 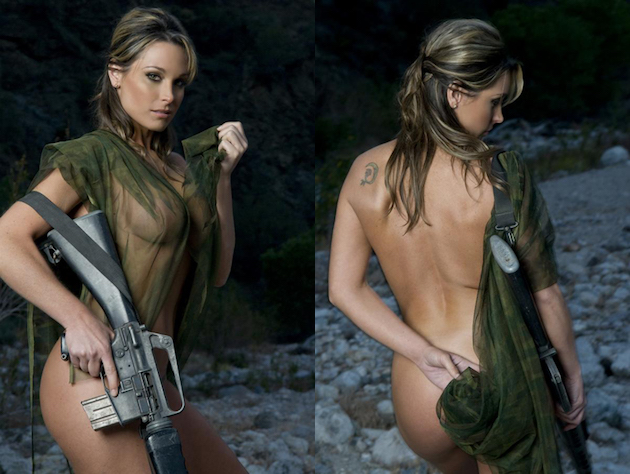 That flag couldn’t have chosen a better person to be rescued by.