Nikole Hannah-Jones wiped her entire Twitter history after she "inadvertently" doxxed a Washington Free Beacon reporter who asked for comment.

According to online archives, the New York Times journalist's tweets were available as of 9:00 PM Monday night. By Tuesday midday, all of them had vanished, save for a single retweet of the Associated Press.

Hannah-Jones came under fire for posting a screenshot of this reporter's cell phone number on Twitter in response to an inquiry regarding Donald McNeil's ouster from the Times.

A Times spokeswoman informed the Free Beacon Monday night that Hannah-Jones had deleted the tweet.  "We received your message about the fact that one of our journalists inadvertently posted Aaron's number when she tweeted an email she received from him," Eileen Murphy emailed at 9:28 PM. "She's deleted that tweet." It had been up as recently as 9:24 PM.

"Lol, and he included his phone number and thought you would actually call him," Uché Blackstock, a Yahoo News medical contributor, commented on the now-deleted tweet. "Girl," Hannah-Jones replied at 10:20 PM on Feb. 6—47 hours before she deleted it. 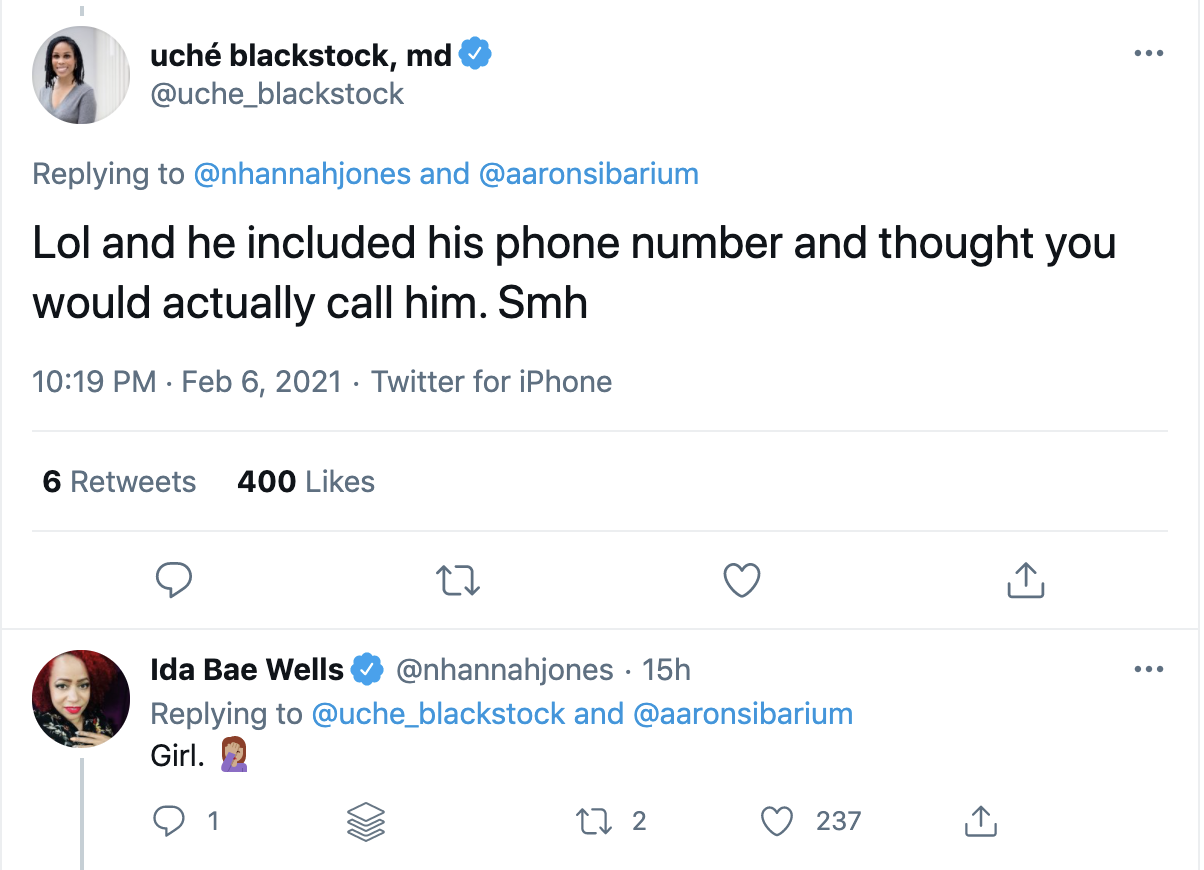 Hannah-Jones's post violated Twitter's terms of service, which prohibit publishing "other people's private information without their express authorization and permission." It also violated the Times's own social media guidelines.

"Always treat others with respect on social media," the guidelines read. "If you tweeted an error or something inappropriate and wish to delete the tweet, be sure to quickly acknowledge the deletion in a subsequent tweet." At press time, Hannah-Jones had issued no such acknowledgment.

Updated 02/10/21 at 8:00 AM: An earlier version of this story incorrectly stated that Hannah-Jones waited 71 hours to delete a tweet that contained a reporter's cell phone number. She only waited 47 hours.