It was an outbreak of anti-Semitic violence. You wouldn’t have known it from the media coverage.

Thirty years ago, anti-Semitic violence erupted in Crown Heights, a neighborhood of New York City, as an angry mob of largely black and Caribbean-American residents descended on Lubavitcher Hasidic homes, businesses, and individuals in retaliation for a traffic accident.

If you read the New York Times in the days that followed, you wouldn't have known.

It wasn't because the paper of record hadn't covered the violence. They had. But their reporting and that of other influential papers at the time was entirely divorced from what we now know occurred, consistently overlooking or obscuring the anti-Semitic nature of the attacks.

On August 19, 1991, a car taking part in a motorcade for Rebbe Menachem Mendel Schneerson, the leader of the Lubavitcher Hasidic Jewish movement, struck two Guyanese children in Crown Heights. One child died, and unfounded allegations quickly swirled that Jewish-operated ambulances had abandoned the child to treat Lubavitchers in the vehicle. A crowd formed and quickly turned violent, kicking off what would be four days of violence against the Lubavitcher community.

Rather than report about the aftermath, where protesters chanted "Hitler was right" and shouted "kill the Jew" before stabbing a Jewish man to death, the Times described the event as a "racial melee." The next day, the paper reported that "Blacks and Jews took to the streets of Crown Heights … screaming and taunting, flinging rocks and bottles and slurs" despite the violence and rage having been one-sided with the Lubavitcher community on the receiving end.

This coverage persisted. The definitive history of what the Times got wrong was written by Ari Goldman, a former Times writer who covered the riots, for New York Jewish Week. He recounts how the Times, having settled on a white-versus-black conflict, attempted to give each side identical attention and moral weight, even if the facts simply didn't fit that framing. Readers were left with a caricature of the violence that had unfolded; the complicated, multidimensional ethnic conflict that precipitated it; and unaware of the rampant anti-Semitism indivisible from the violence.

It wasn't just the Times that got the story wrong. A review of press coverage around the incident in 1998 by Holy Cross professor Carol B. Conaway found that other outlets—particularly the New York Post—fell at least initially into the same zero-sum racial framing. As a result, the coverage missed the real story. Newsday ran a flattering piece on Reverend Herbert Daughtry, who wrote to former mayor Ed Koch, "I will state it a thousand times and shout it from the rooftops that the Hasidim of Crown Heights symbolized the oppression to which African people have been subjugated for hundreds of years." Even 25 years later, the New York Daily News referred to the violence as "race riots."

A report conducted by Richard H. Girgenti, New York's director of criminal justice, now commonly known as the Girgenti, or Crown Heights, Report, helped finally shed light on what the contemporaneous reporting missed. The report was "a scathing portrait of ineptitude and miscommunication" among city officials and found that 21 of the 27 bias-related incidents during the violence were explicitly anti-Semitic.

The journalistic errors mattered. Reporting on what happened as a "race war" elides the actual victims of the riot—both the Lubavitchers, who were the intended targets, and those simply caught in the midst of the violence, who were often black and Caribbean. In the same way that it would be unreasonable to describe a mugging as a street fight, reporting one-directional violence as racial strife simply isn't accurate.

And this flawed reporting fed into an anti-Semitic narrative, pushed by Al Sharpton and others, that the Lubavitcher community (whom Sharpton described as "diamond dealers" in an inflammatory eulogy) deserved violent reprisal. This added accelerant to the original blood libel, helping to keep the violence burning for days.

When reflecting about this issue of framing 30 years on, Goldman, now a professor at Columbia University, appreciates some of the changes in the media since. Gone are the days where a few papers would decide not just what was news but how it ought to be covered. While the explosion of new voices has caused new problems and concerns, "newspapers have been humbled in so many ways," Goldman says. When everyone has a camera in their pocket, it creates a public accountability where editors and their on-the-street reporters (and anyone else watching) can only stand at odds for so long.

But that isn't to say Goldman believes the framing issue has been put to rest. While certain aspects of the media have improved, the errors of the Crown Heights riot coverage continue to echo today. Goldman laments how, during the riot, editors were concerned with producing stories that fit "into a narrative rather than saying something that's necessarily true."

That pull is no less strong today. From "mostly peaceful protests" to Hunter Biden's laptop being erroneously labeled "Russian disinformation" to treating the potential that COVID-19 leaked from a Wuhan laboratory as a baseless "conspiracy theory," problematic frames are just as intractable today as then. Journalism's problems, while diminished, haven't been remedied.

The last 18 months have seen American cities shaken by riots reminiscent of the violence in 1991. Race has once again been at the center of the conversation surrounding those events, and surely will be in future episodes. If journalism can't shake the ghosts of Crown Heights, the public won't be able to fully understand what's going on for years to come—if they ever can.

From Anti-Semitic Agitator to Democratic Power Broker: The Preposterous Resurrection of Al Sharpton 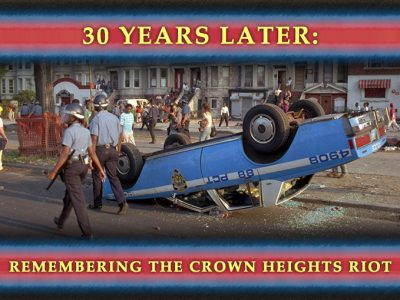 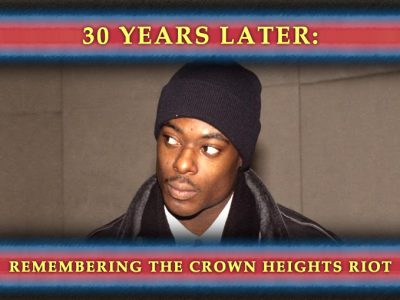