Foreign Policy magazine is slated to hold an event that will highlight Qatar's championship of women's rights, raising questions about the publication's partnership with a country that funds terrorism and has been cited as among the globe's foremost human rights abusers.

Foreign Policy, which extensively covers countries such as Qatar as part of its newsgathering operation, will present a Women in Politics event "in partnership with the embassy of the state of Qatar," according to online promotional materials distributed on the magazine's website.

"Join Foreign Policy and the Embassy of the State of Qatar in Washington D.C. as we convene women at the helm of international affairs to explore the role of female leadership in driving global recovery and resilience," states an advertisement for the July 21 event.

The event is fueling questions about the publication's cozy financial relationship with a nation that has spent billions to peddle influence across Washington, D.C., to manipulate American outlets. Qatar is one of the Gulf region's top Iranian allies and has been at the center of multiple controversies over its alleged hacking of American critics and others who have blown the whistle on Doha's funding of regional terror groups. The partnership raises questions about whether the publication alters its coverage or pulls punches when it writes about the country.

Foreign Policy‘s director of strategic development, Susan Sadigova, did not respond to multiple Washington Free Beacon requests for comment asking the publication to disclose any financial ties to Qatar. Editor in Chief Jonathan Tepperman, who is slated to headline the event, also did not respond to questions about whether the magazine would address Qatar's poor human rights record during the forum. It remains unclear how much control Qatar has over the event. It is common for foreign nations that partner with news outlets to tightly choreograph such events and exert control over what subjects are addressed.

Qatar has expended great resources to infiltrate American media outlets. This includes partnerships with NowThis, Vox Media, and TED Talks, all of which produced a debate series funded by the government-controlled Qatar Foundation, according to the Washington Examiner, which identified the series as another leg of Doha's often secretive influence operations. In addition to its partnerships with media outlets, prominent Washington think tanks, and U.S. lobbying firms, Qatar has spent billions to infiltrate the U.S. public education system, the Free Beacon previously reported.

The Foreign Policy event appears to be another leg of this effort. It will feature Lolwah Al-Khater, Qatar's assistant foreign minister and spokeswoman for its Ministry of Foreign Affairs. Al-Khater's bio on Foreign Policy‘s website portrays her as a reformer who is helping to usher in major reforms. Rep. Lois Frankel (D., Fla.), Canadian ambassador Jacqueline O'Neill, and Afghani ambassador Roya Rahmani are also scheduled to participate in the forum.

This is not the first time Foreign Policy has been cited for its partnerships.

Under the tenure of former CEO David Rothkopf, the magazine held several events reportedly underwritten by the United Arab Emirates, again raising questions about whether this partnership impacted its newsgathering operation. Rothkopf has maintained in public comments that Foreign Policy‘s business relationship with the UAE did not impact its coverage of the country.

Despite Qatar's efforts to sway public opinion, it is routinely cited for mass human rights abuses.

The country has for years abused migrant workers, who make up about 90 percent of the country's workforce, and severely restricted freedom of expression, according to human rights watchdog Amnesty International.

Its record on women's rights is similarly poor.

"Women continued to face discrimination in law and practice," according to Amnesty International. "Family law discriminates against women, including by making it much more difficult for women than men to seek a divorce, and placing women at a severe economic disadvantage if they seek a divorce or if their husband leaves them. Women also remained inadequately protected against violence, including within the family."

This Week In Campus Insanity Vol. 4 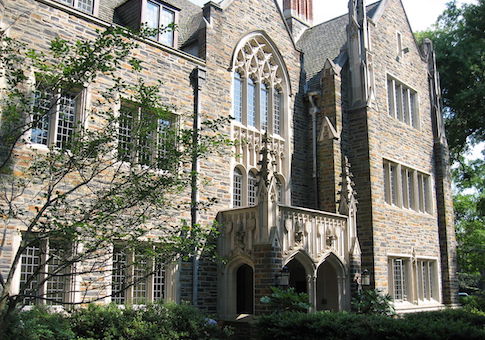