Protesters at the Wisconsin State Capitol Tuesday night brutally beat up a gay progressive state senator who was taking a picture of them.

Tim Carpenter, a 60-year-old Democrat who has served in the state senate since 2003, was taking a picture of demonstrators in Madison when some of them rushed up to him, grabbed for his phone, and beat him.

"All I did was stop and take a picture," Carpenter told the Milwaukee Journal Sentinel. "And the next thing, I'm getting five, six punches, getting kicked in the head."

Carpenter was seen after the beating stumbling toward the capitol building where he collapsed. A local reporter called an ambulance, and Carpenter was later treated by paramedics. He told the Washington Post that he had bruises and sore ribs and possibly a concussion and a broken nose.

"This has got to stop before someone gets killed," Carpenter said. "Sad thing—I'm on their side for peaceful demonstrations—am a Gay Progressive Dem Senator served 36 years in the legislature."

He posted a video of the incident Wednesday on Twitter.

I took this pic- it got me assaulted & beat up. Punched/kicked in the head, neck, ribs. Maybe concussion, socked in left eye is little blurry, sore neck & ribs. 8-10 people attacked me. Innocent people are going to get killed. Capitol locked- stuck in office.Stop violence nowPlz! pic.twitter.com/Zw2hdfYG66

Protesters told a Journal Sentinel reporter that Carpenter "provoked" them.

Wisconsin State Senator Tim Carpenter was just attacked by a group of protesters on Fairchild Street.

Protesters said he provoked them.

"This is the first time I’ve been assaulted" he says

Protests have erupted nationwide since the police killing of George Floyd in May, but looting, arson, and violence have also proliferated in many cities.

"Violence against any person—whether in the middle of the street in broad daylight, at home trying to sleep, going for a run, or happening upon a protest as was the case last night—is wrong," he said in a statement. "It should never be tolerated."

Protesters at the Wisconsin State Capitol tore down two statues commemorating progressive ideals Tuesday night. The first was Forward, a statue cast by female sculptor Jean Pond Miner in 1893 displaying a female figure as an "allegory of devotion and progress," according to the Wisconsin Historical Society. The second was a statue of the Union colonel Hans Christian Heg, who fought and died in the Civil War. Protesters decapitated Heg's statue and threw the torso into a nearby lake.

Evers ordered the National Guard to stand by on Tuesday as protests intensified after a protester was arrested near the capitol. Police arrested Devonere Johnson, a young black protester, after he refused to leave a restaurant, reportedly carrying a baseball bat and using a megaphone.

Former Wisconsin governor Scott Walker (R.) tweeted pictures of the Madison unrest and said, "It will be a horrible day if [Evers] fails to stop this violence."

Loeffler: WNBA Trying to ‘Cancel’ Me 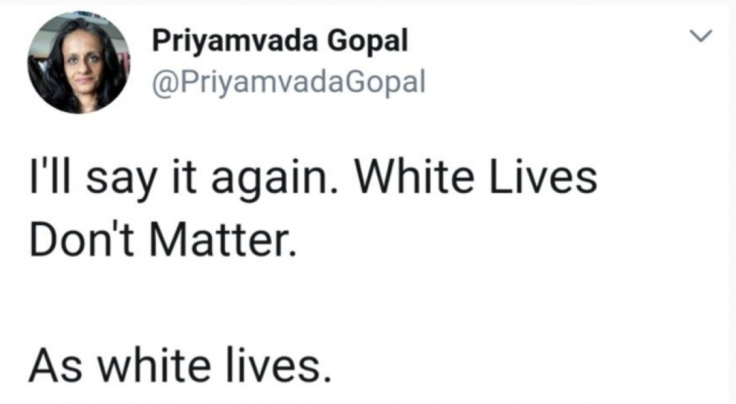