The widow of a Marine who was killed in the August ISIS-K attack on Kabul has given birth to a daughter.

Sen. John Barrasso (R., Wyo.) said McCollum and his sacrifice "demonstrate the best of our nation."

"His child will never know Rylee," Barrasso said. "Yet his child will always know that Rylee McCollum was an American hero. Her father was a hero."

McCollum's family has widespread support from the American people. Two GoFundMe accounts have accrued more than $900,000 to support the Marine's grieving family and help raise his daughter.

The Marine's family members have expressed dismay over President Biden's treatment of their fallen son and husband. Only Crayton would speak to the president as he offered condolences to the family. McCollum's sister Roice said that Biden's words were "scripted and shallow" and that the meeting left Crayton "disappointed."

McCollum's mother Kathy, who did not attend the ceremony, also expressed anger toward Biden. She said in August that the president "sent my son to die" and questioned the president's mental fitness.

"Two Marines at my door telling me my son was dead," Kathy McCollum said. "Twenty years and six months old, getting ready to come home from freaking Jordan to be home with his wife to watch the birth of his son, and that feckless, dementia-ridden piece of crap just sent my son to die." 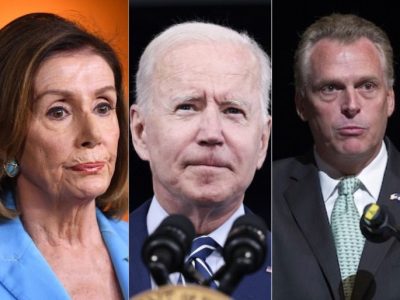