Sen. Marco Rubio (R., Fla.) remarked on the importance of making effective policy choices for the 21st century during a speech in Washington on Wednesday.

About 100 people crammed into a lecture hall at Hillsdale College’s Allan P. Kirby, Jr. Center for Constitutional Studies and Citizenship to hear Rubio’s take on the status of the American dream, current issues, and policy ideas.

The American dream is slipping away in light of stagnating wages, high cost of living, outsourced jobs, and enormous debts many students accrue from college, Rubio said.

"Many of them did everything they were told was necessary to succeed, but now they sit in their childhood bedrooms under the weight of thousands of student loans unable to start a career or family," Rubio said about many students with college debt.

When addressing the cause of the American dream’s erosion, Rubio made clear the Great Recession was not solely to blame.

"It is primarily the result of a rapid and disruptive transformation of our economy—a transformation being driven by automation and globalization," Rubio said.

The federal government has been pumping money into policies that have effectively stunted the growth of the American economy, he said.

"The result is that a growing number of people are feeling completely alienated from our government and from our neighbors," Rubio said.

While some of these ideas were addressed at President Barack Obama’s White House Summit on Working Families on Monday, the ideas were mostly symbolic, Rubio said.

He added that since the president took office, Obama’s innitiatives to restore the American dream have been oriented around increases to taxes, regulations, and funding to government programs.

Ineffective anti-poverty policies need to be changed to offer real incentive and rewards to keep people in the workforce or seeking employment, he said.

He rejected advocating a hike in the federally mandated minimum wage, as the president has suggested to help the working-class better manage increasing costs of living, because it would ultimately lead to higher unemployment.

On the topic of student loan debt, Rubio said the fear of defaulting on payments would be alleviated if rates were directly correlated to a person’s monthly income.

"Our outdated laws, taxes, and education system and the growing girth of Obamacare are making life harder than it needs to be," Rubio said.

Much of Rubio’s political agenda aligns with a movement referred to as Reform Conservatism, which has been making its rounds in Washington recently.

Room to Grow: Conservative Reforms for a Limited Government and a Thriving Middle Class highlights ideas Rubio advocated and was placed on each seat at the speech.

The book is a comprehensive overview of the reform conservative agenda, and was discussed by its authors at the American Enterprise Institute on the day of its release in May. 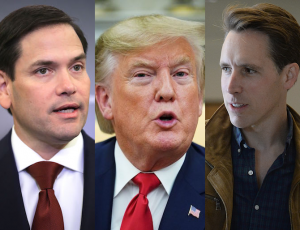 What Do Republican Voters Want? 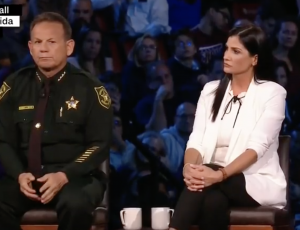 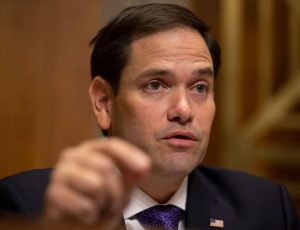 Inside the Ring: Rubio on Huawei

Justin is an intern at the Washington Free Beacon.