U.S. Attorney General Eric Holder indicated Tuesday that the Obama administration is not planning to unilaterally change the status of marijuana as a Schedule I drug.

Testifying before the House Judiciary Committee, Holder lauded his department’s initiatives to reform sentencing and charging policies for low-level drug crimes, but he stopped short of supporting any change in marijuana’s Schedule I status.

Rep. Steve Cohen (D., Tenn.), who favors marijuana legalization, sharply questioned Holder about why he has not moved to reclassify the drug. Under the Controlled Substances Act, the attorney general has the power to remove any drug from the schedules.

"Let me suggest to you that you have the initiative to change scheduling," Cohen told Holder. "In my humble opinion, marijuana shouldn't be in the same schedule as heroin and LSD. It breeds contempt for our laws."

However, Holder said last Friday that the Justice Department would work with Congress if it moved on the issue.

While supporters of marijuana legalization are disappointed with the administration’s muddled stance, opponents are just as rankled by what they say is the Obama administration abdicating its responsibility to enforce federal law.

"The Justice Department’s decision not to enforce the Controlled Substances Act in states whose laws violate federal law is not a valid exercise of prosecutorial discretion, but a formal department-wide policy of selective non-enforcement of an act of Congress," Goodlatte said.

The Justice Department announced in August that it would still enforce the Controlled Substances Act in Washington and Colorado, but only with regards to certain priorities, such as stopping high-volume traffickers and sales to minors.

The Justice Department also announced in 2009 it would not target marijuana users and growers who were following state medical marijuana laws.

Holder said he believed the Justice Department was enforcing drug laws responsibly, given its limited resources and priorities.

"There is a vast amount of discretion that a president has—and more specifically that an attorney general has," Holder said. "But that discretion has to be used in an appropriate way so that you’re acting consistent with the aims of the statute, but at the same time making sure that you are acting in a way that is consistent with our values, consistent with the Constitution and protecting the American people." 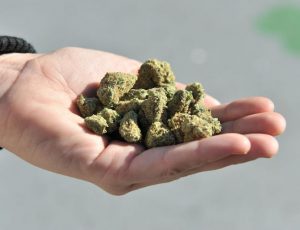