Rachel Noerdlinger, the controversial chief of staff to New York City First Lady Chirlane McCray, once called for boycotts of a local police union and all of its supporters, a position that could cause more headaches for Mayor Bill de Blasio as he seeks to minimize the fallout over Noerdlinger’s relationship with a convicted killer who has made disparaging comments about the police.

Noerdlinger, the longtime top aide to de Blasio’s wife, has been engulfed in controversy after it came to light that she is dating a convicted murderer and drug dealer who has called cops "pigs" and expressed distaste for white people.

The unearthing of these remarks by ex-con Hassaun McFarlan is said to have raised "serious concerns about Noerdlinger having a seat at top-level" New York Police Department (NYPD) meetings, according to the New York Daily News.

While the de Blasio campaign has defended Noerdlinger’s relationship, the controversy could be further complicated by past comments she has made calling for boycotts of the New York City police union that advocates for the welfare of police officers.

In 2000, when Noerdlinger was serving as a spokeswoman for the Reverend Al Sharpton, she called for a boycott of any company that contributed to the Patrolmen’s Benevolent Association, which had assisted in the legal defense of four police officers accused of wrongfully killing a suspect.

Noerdlinger’s past call for boycotts of the police union is likely to raise further questions about her relationship with a man who, in addition to being a convicted killer, was reportedly arrested last year and accused of trying to run over a police officer while driving Noerdlinger’s car, according to the Daily News.

"Rachel Noerdlinger has clearly become a major impediment and distraction to Bill De Blasio’s progressive and transcendent agenda," said one local political consultant who would only speak on background. "If I were a member of the NYPD, I’d be terrified that City Hall doesn’t have my back and would throw me under the bus in a heart beat."

Anti-police comments made by Noerdlinger’s son also have fueled ongoing questions about her fitness to be the New York First Lady’s top aide.

Noerdlinger’s son, Khari, was found by the Daily News to have tweeted earlier this year: "I’m convinced all white people are the devil" and "That cop shit pissed me off Pigs always killing people," an apparent reference to the killing of Michael Brown in Ferguson, Mo.

Meanwhile, the Washington Free Beacon has learned of a newly unearthed poem purportedly posted on a blog belonging to a user who shares an online handle with Khari.

The poem questions whether the author’s mother loves him.

"Every time i lay down or daydream i always wonder what if???" the poem begins, according to the 2010 posting on the blog ‘Something Unherd," the user of which shares an online handle with Khari.

"What if i thought my momz really loved me??? [sic]" it continues.

De Blasio Under Fire for Selective Enforcement of Social-Distancing Guidelines

Call it DeBLOVID-19: Mayor Urged NYCers to ‘Go On With Your Lives’ as City Became Cesspool of Infection 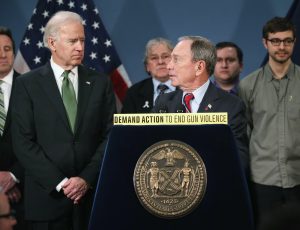